Currently, I’ve got 1 TB (Seagate BarraCuda 1 TB HDD) of space to ration between my PP memes picture, music, and game libraries, with the game library hogging up most of that space. (Yes, I would’ve gone 2 TB if I could go back in time and bonk myself on the head. That’s not the point of this thread, tho.)

4 TB seems adequate enough – I currently have 45-ish games across Steam, Origin, and Ubisoft Connect, most are 20 - 50 GB, but some oddballs like MONSTER HUNTER: WORLD can get up to 100 GB. I’m anticipating more poor decision-making game purchases in the future, so don’t worry about whether 4 TB is “too much.”

Note: I don’t know jack about storage and hadn’t done a ton of research. Too busy fawning over keebs.

No, I haven’t bought those Noctua fans yet. Gib Fathers’ Day discount, pls.

its how its stored

Sure, but my question/concerns were more along the lines of: “How MLC vs. TLC vs. QLC affect the user’s experience when running games?”

An article can regurgitate info about “cells” and “read/write speeds,” but if I’m being honest, I’m not going to understand much if it’s not explained in layman’s terms, or in some relatable description.

Also, for the article, the title references “QLC,” but the article’s body doesn’t mention it at all…?

“How MLC vs. TLC vs. QLC affect the user’s experience when running games?”

I’m not going to understand much if it’s not explained in layman’s terms, or in some relatable description.

I am also litearly trying to figure this out too.
I only own older SSD models and I can’t explain this.

Umm techquickie comes to the rescue 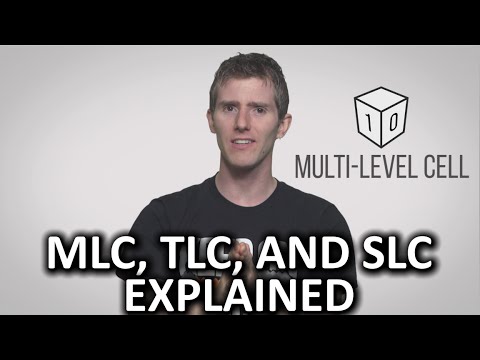 Still not quite what I’m looking for.

Thank you for trying to help, tho.

Might want to hold back on the articles, vids, and other info. Wrote up a thread that peepos could contribute to (or just quietly vote in) instead of doing that research myself, largely because I’ve run out of patience diving down the rabbit-hole of storage-related jargon.

Might want to hold back on the articles, vids, and other info.

ok, I am sorry I just was thinking on why it does exists

In the realm of Sata drives, I can’t imagine MLC/SLC making any meaningful change for games. Sure they do have lower latencies and endurance, but my 1TB 860 Evo which I use for games and whatnot has been going strong since launch day while also having access times of 0.09ms. That’s Sata and TLC, mind you it pretty much saturates/stretches the Sata protocol to its limits. For comparison, my 500GB NVMe drive (Also TLC) has one third the latency and 6x the raw numbers, yet I can’t fell the difference at all and that’s a bigger change than jumping to MLC nand.
If we look at HDDs, their latency can take a dozen full milliseconds just to access, never mind those transfer/loading speeds.
Note: Samsung uses MLC jargon differently from the rest of the industry, and those Evos are in fact TLC.

Tl;Dr; SLC/MLC probably has next to no benefits for gaming, largely just endurance. As to whether bulk SSD storage is worth it, only you can decide.

I was going to vote for the 870 EVO, but… since you’ll just be storing games and things of that sort on the drive (so not using it as an OS drive), I’d have to go with the Inland Platinum.

Sure, it uses QLC NAND as opposed to the TLC used in the 870 EVO, which isn’t as good, but I’ve only ever noticed slowdowns on a QLC NVMe drive with a DRAM cache (a 1TB Intel 660p) when I was downloading/installing games onto it and running my OS off of it at the same time.

Now that I’ve gotten a new SSD for my OS, the 660p has been chilling without ever having any slowdowns, with me just using it as a game drive and occasionally running a VM off of it.

QLC’s endurance is technically worse than TLC’s, but in the real world, I really wouldn’t make too much of it. The 4TB Inland Platinum looks to have a TBW figure of 355TB, which… you’ll be hard-pressed to come even close to hitting even in 5-10 years, if I had to guess.
For instance, the 660p I mentioned earlier, that I’ve used for a year as an OS drive and then almost another year as a games drive, has only had ~17TB written to it.

Also, regarding your question regarding Samsung Magician - I’ve used two Samsung SSDs in my personal machines and I never had to install Magician for the drive to be detected/usable, regardless if I was using it as an OS drive or not.

Edit: Oops, I forgot about the fact that you also mentioned HDDs. Hmm… I mean, personally I’d stay away from them. I’ve seen several modern games that will experience random stutters/glitches when ran off a mechanical hard drive, and now that almost all my storage is solid state, loading things of my hard drive feels like a chore. They’re just slow, and there’s not really much you can do about it.
Though that’s just my take on it. Ideally I’d go solid state, but… I definitely wouldn’t spend the money for a 4TB NVMe SSD either lol.

I was in a similar spot when I was planning out a PCPP list for if I can ever end up upgrading, and at least as of now I’m kinda feeling that the QVO is my calling. I don’t really plan on writing a metric shitload of data to a game drive every day, so I’m cool with saving a healthy amount of money on something that’ll end up being the second-most expensive part in my system and losing 1PB of endurance (which sounds really retarded now that I type it out).

Fun fact: The warranty on both drives is covered up to the same GB/day mark. It’s the little details Samsung.

Also fugg HDDs, ya boi wants all the silence and speed.

Hardware Unboxed has done some testing regarding load times on SSD’s vs HDD’s. 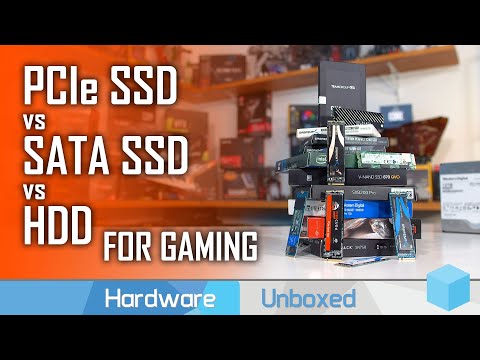 Essentially, for nearly all games tested, SSD’s were faster which bodes well for an SSD game library (But PCI-E/NVME has no serious at this time over SATA). However cost is still a huge advantage for HDD’s, as SSD’s are still currently 4x the cost of HDD’s at this capacity

Personally I’ve keep my Hard drives for a while since they’re way cheaper, and added smaller capacity but better price/dollar TB SSD’s for “Fast games” that actually benefit from faster load times. (more than just a few seconds)