Would also make for good

…Need to grab pics from elsewhere that isn’t other people’s sites.

If you give me a to-do list of pics you think I can take with what I have, lemme know. 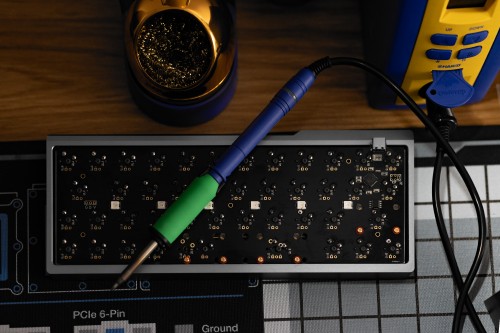 Various keyboard projects. (and some peripherals)

Also welcome to use anything in the keebs album.

i mean the list probably doesn’t need more layouts from what I’ve seen when browsing for keycaps most people use ANSI .so I’ll (maybe) make a seperate layout list.

I know a few people who would stab you for this comment.

I feel like this mat would give me a headache lol. 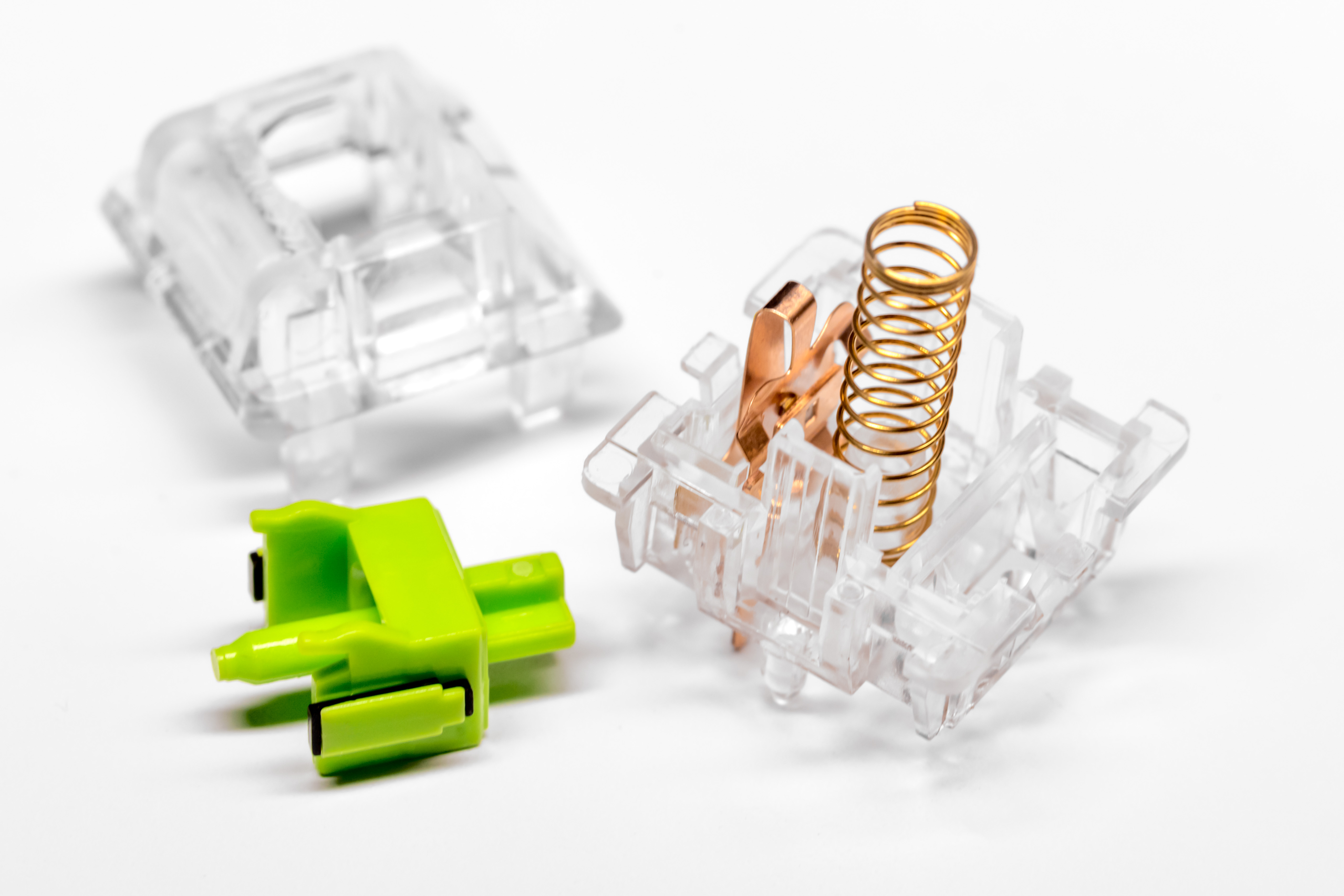 Did you happen to have the v1? If so how do they compare to the v2?

I don’t. I believe @seon does though.

I don’t have the v2 to compare, but I do have the v1 :thinkuhsweat:

Nice, big tactile bump, which also seems quite smooth. Some wobble, which mostly goes away when filmed. Overall, I really liked them, and the reason I personally switched away from them was due to the Boba U4 being quieter and having less wobble stock, not because I preferred the feel of them. 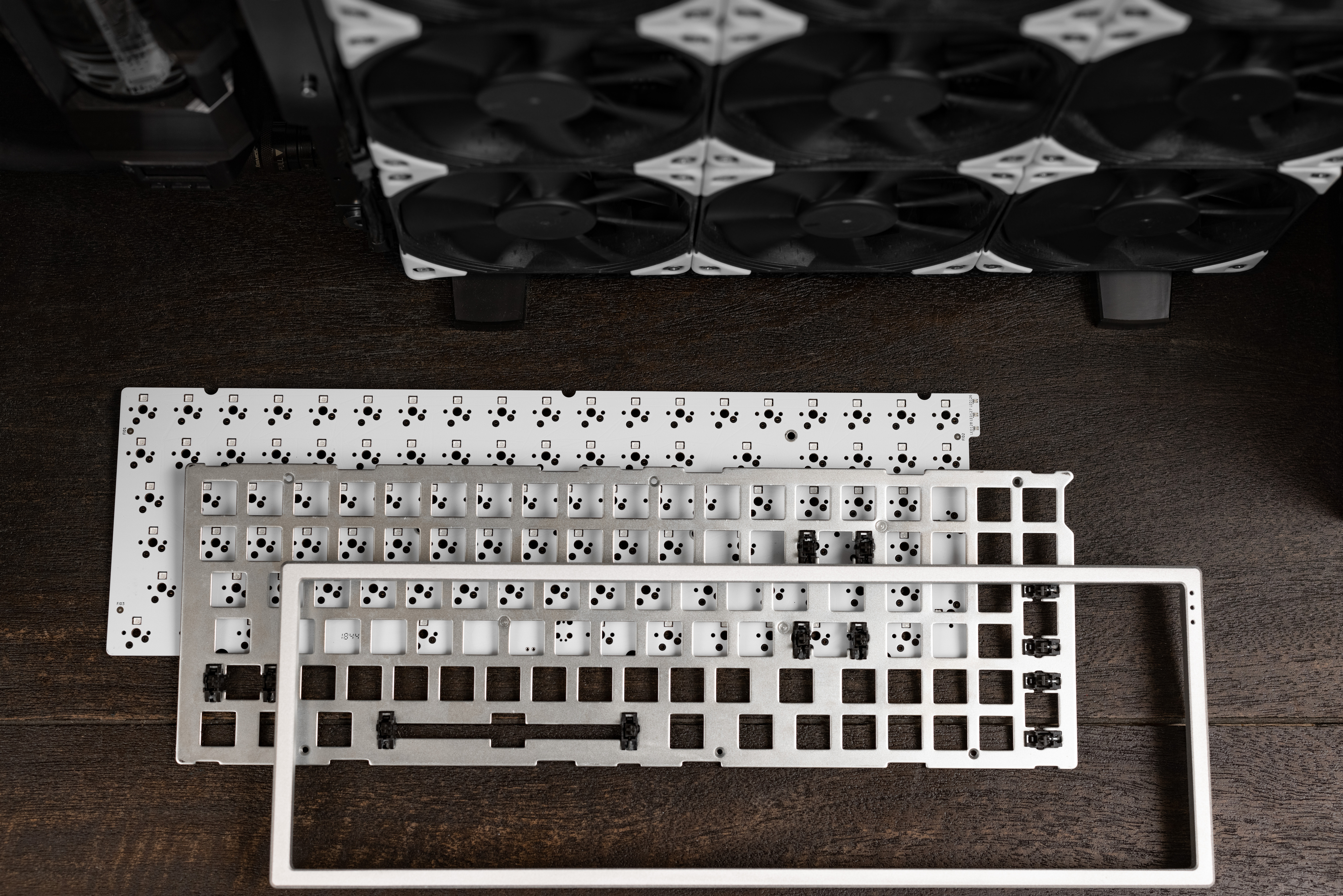 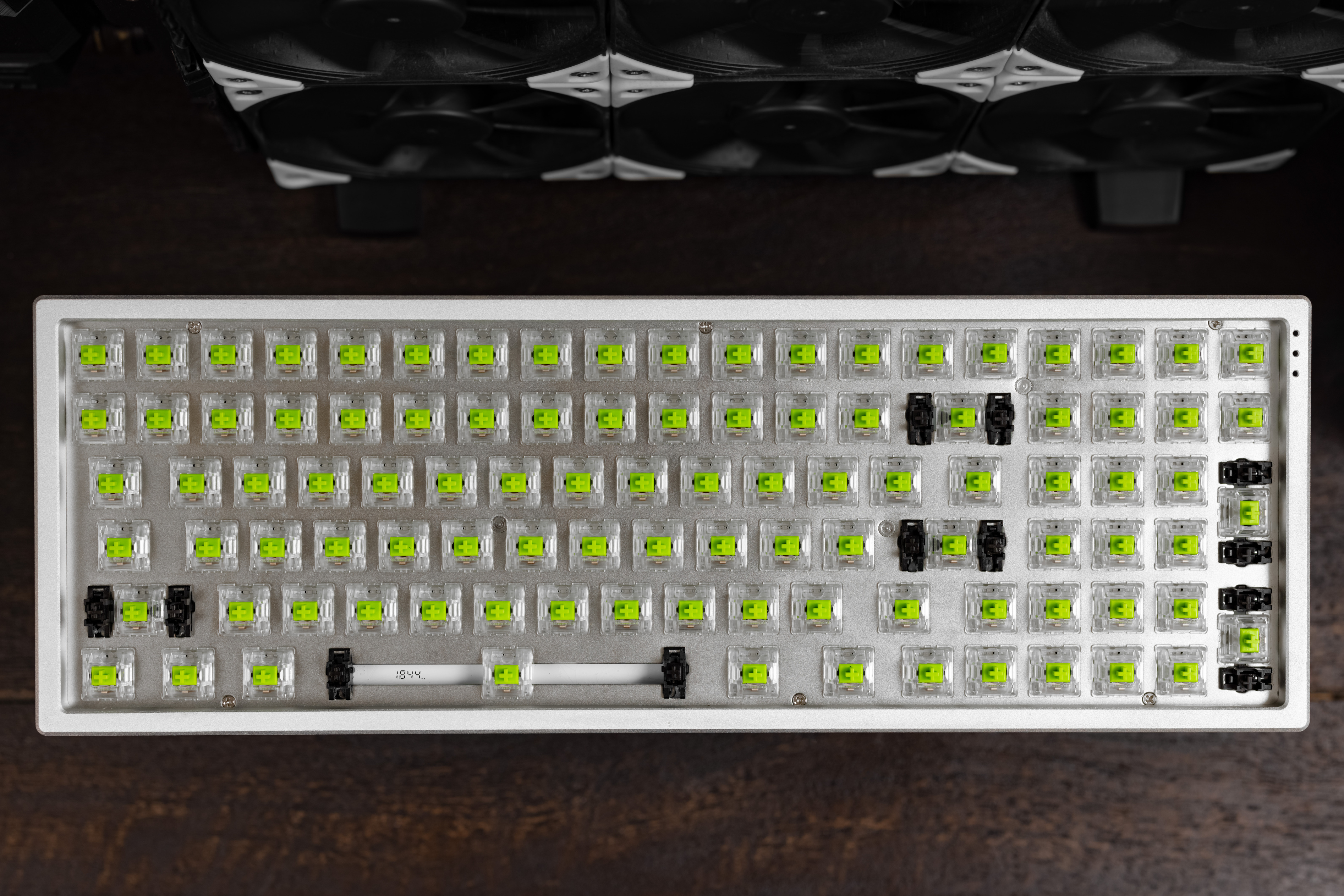 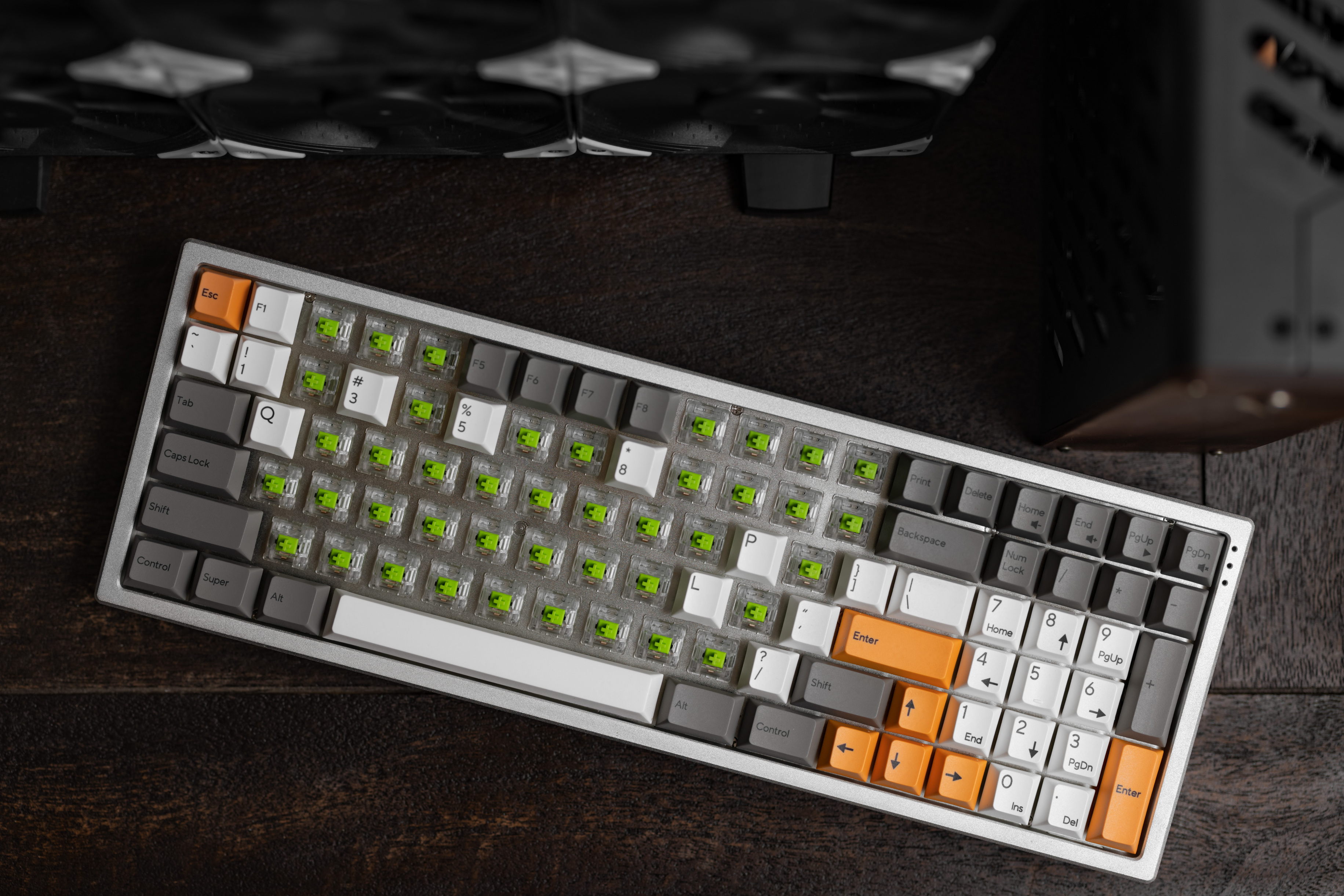 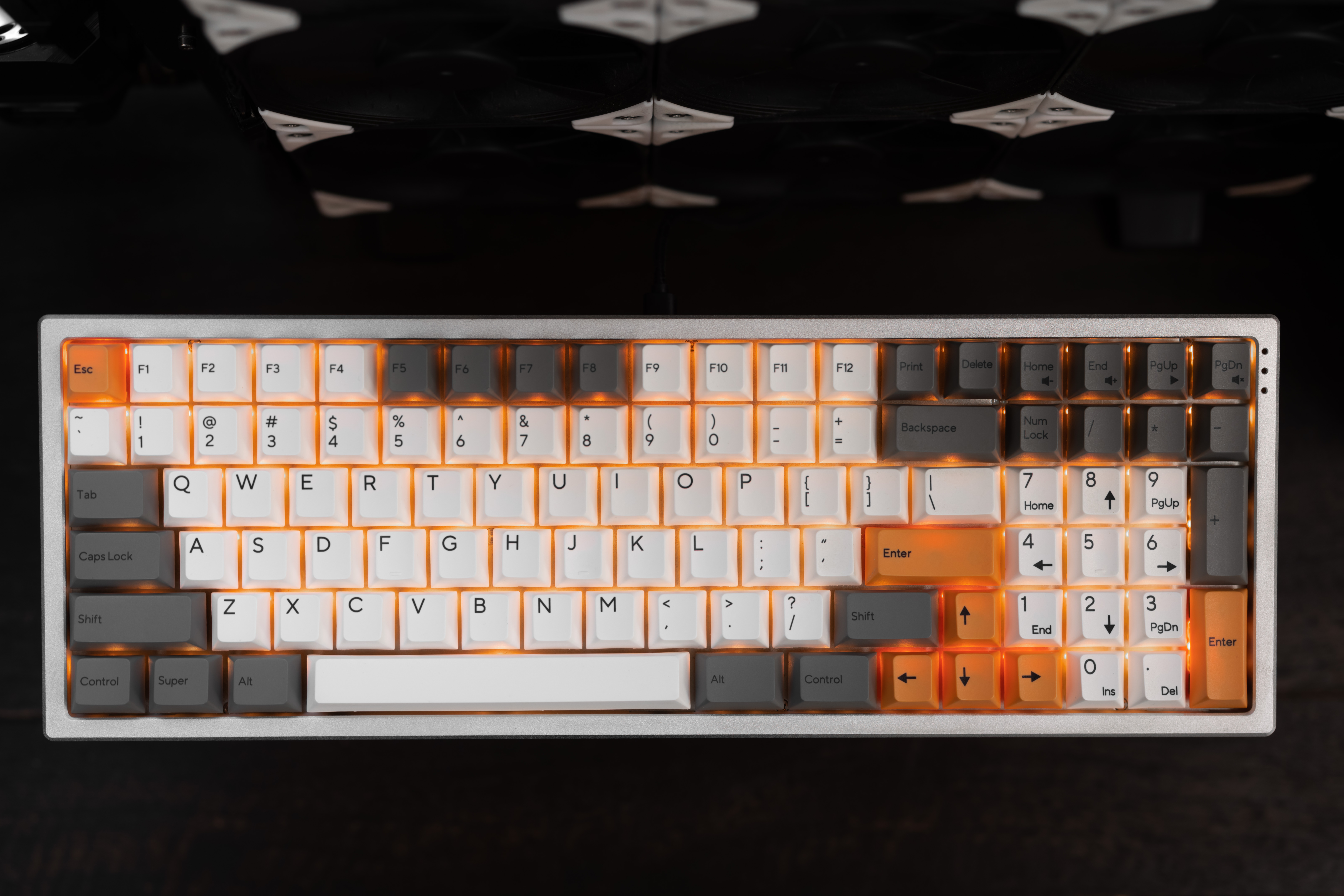 Finally took some time to install the Keebwerk Tacit. V2s.
Also completely broke down and cleaned the Kira.
Hadn’t done that since I got it. It def. needed it.

I was going to soak the keycaps, but instead decided to clean them 1 by 1 with iso.
That was mind numbingly tedious, but they almost look better than new.
Going from Jades with white housings to the Tacit. V2s REALLY cranked up the RBG brightness. 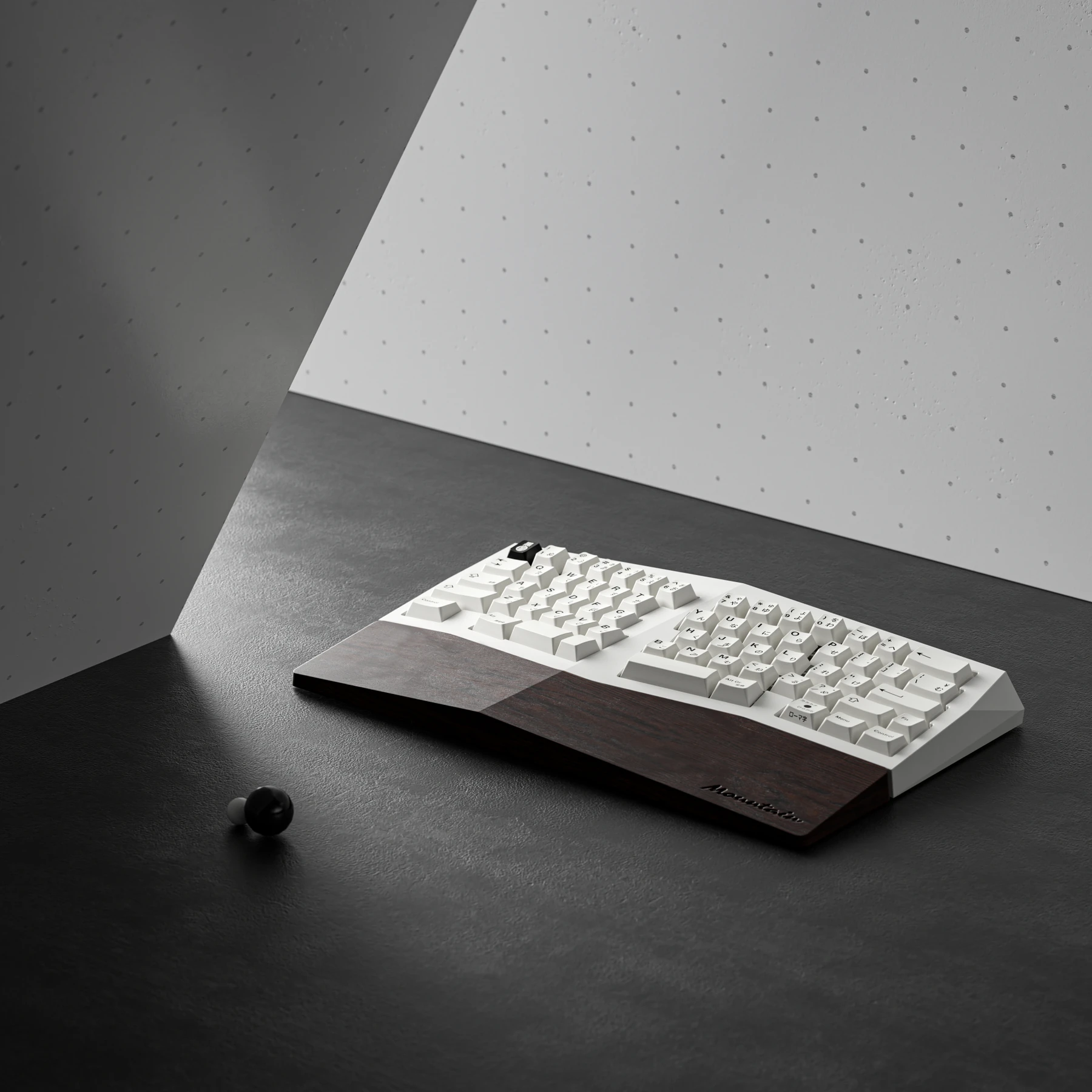 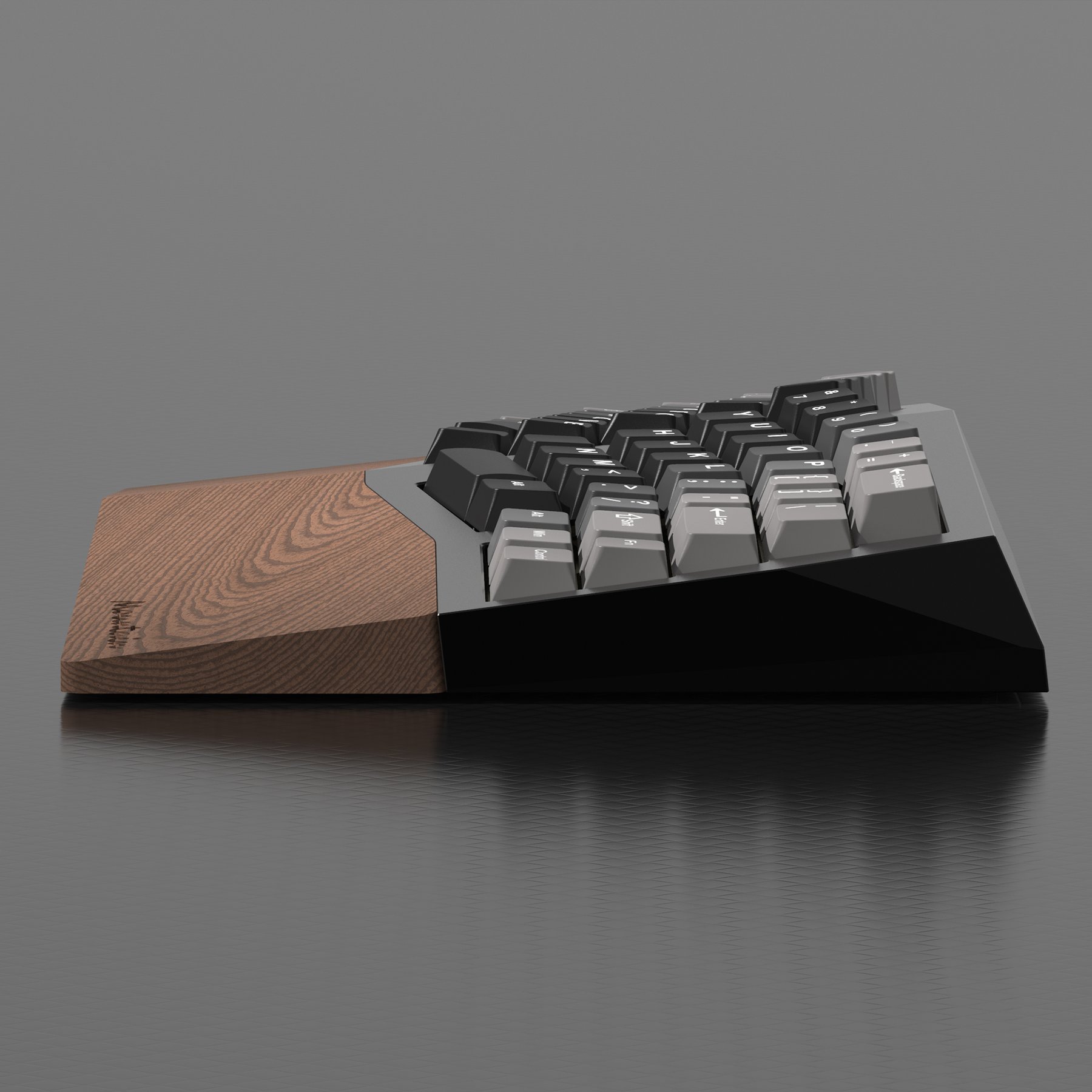 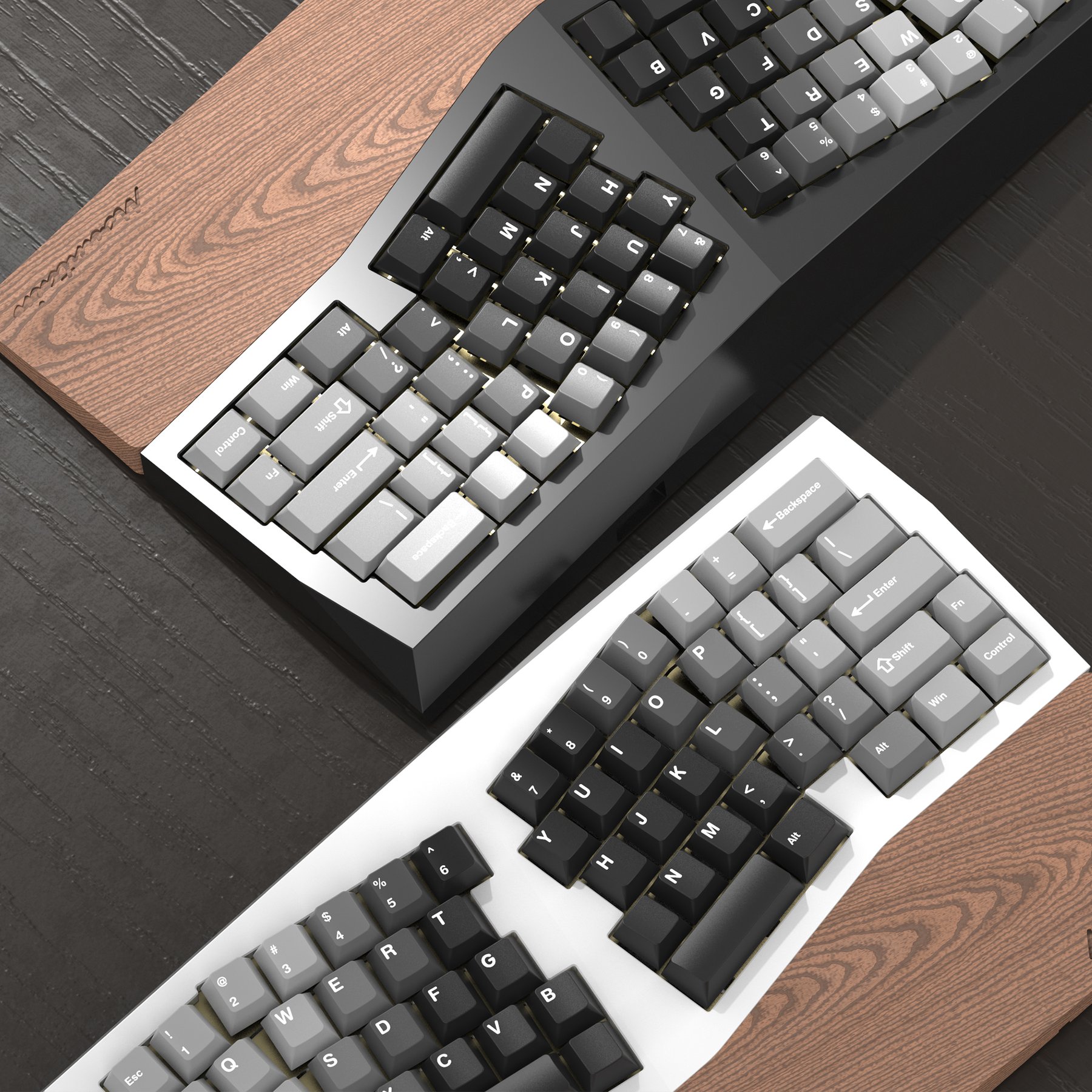 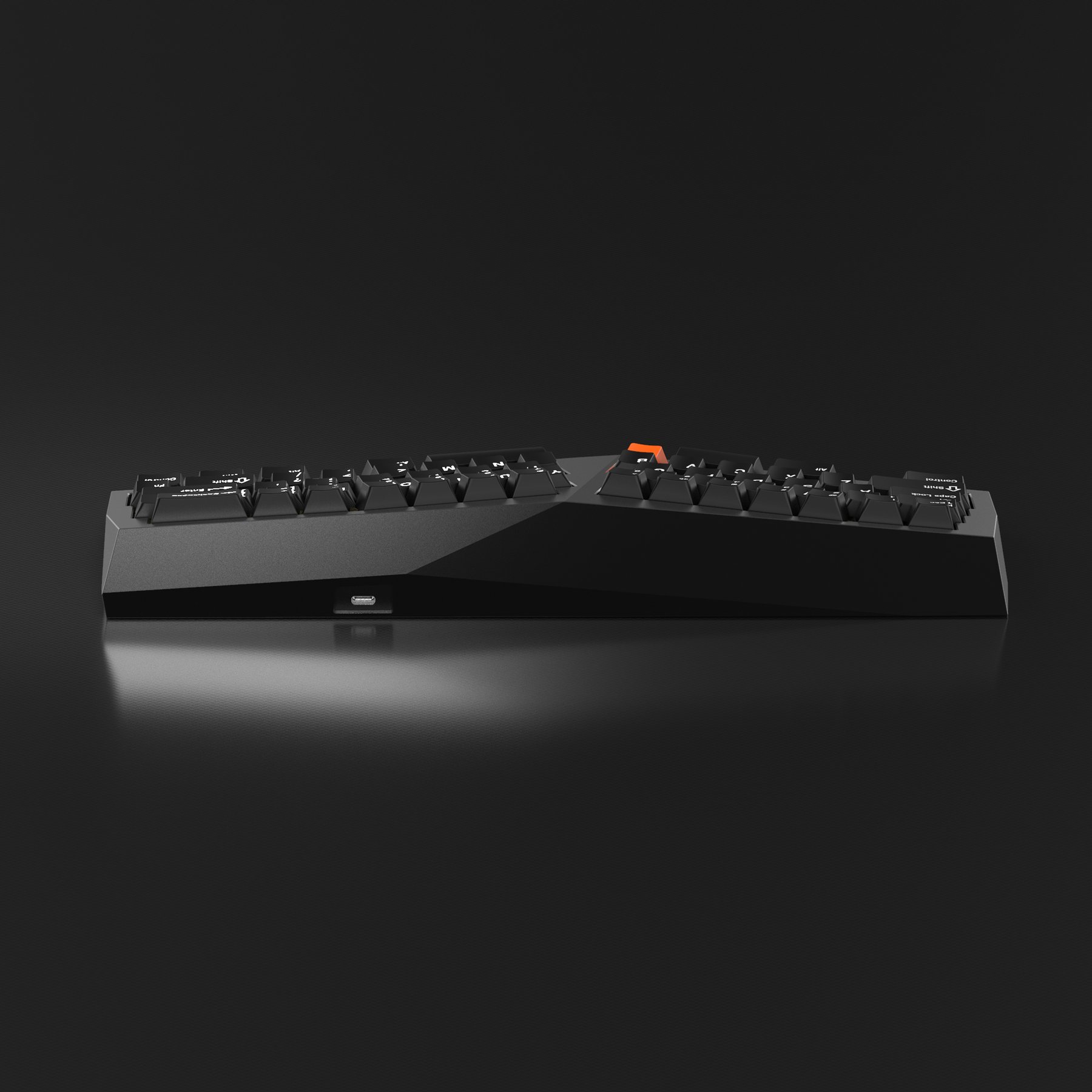 I SAAAWWW.
And it was very high on my considerations list for a time.
Maybe not maybe influenced by MAJA Keeb.

But I still can’t get over:

(With the mirror line approximately following the case, because IDK where else to put it, lol.)

too bad no arrow keys.

The case’s angles are also not doing it for me (same reason I don’t reeeaaally like the Blade case), but I was willing to compromise / look over that if everything else seemed a’ight. 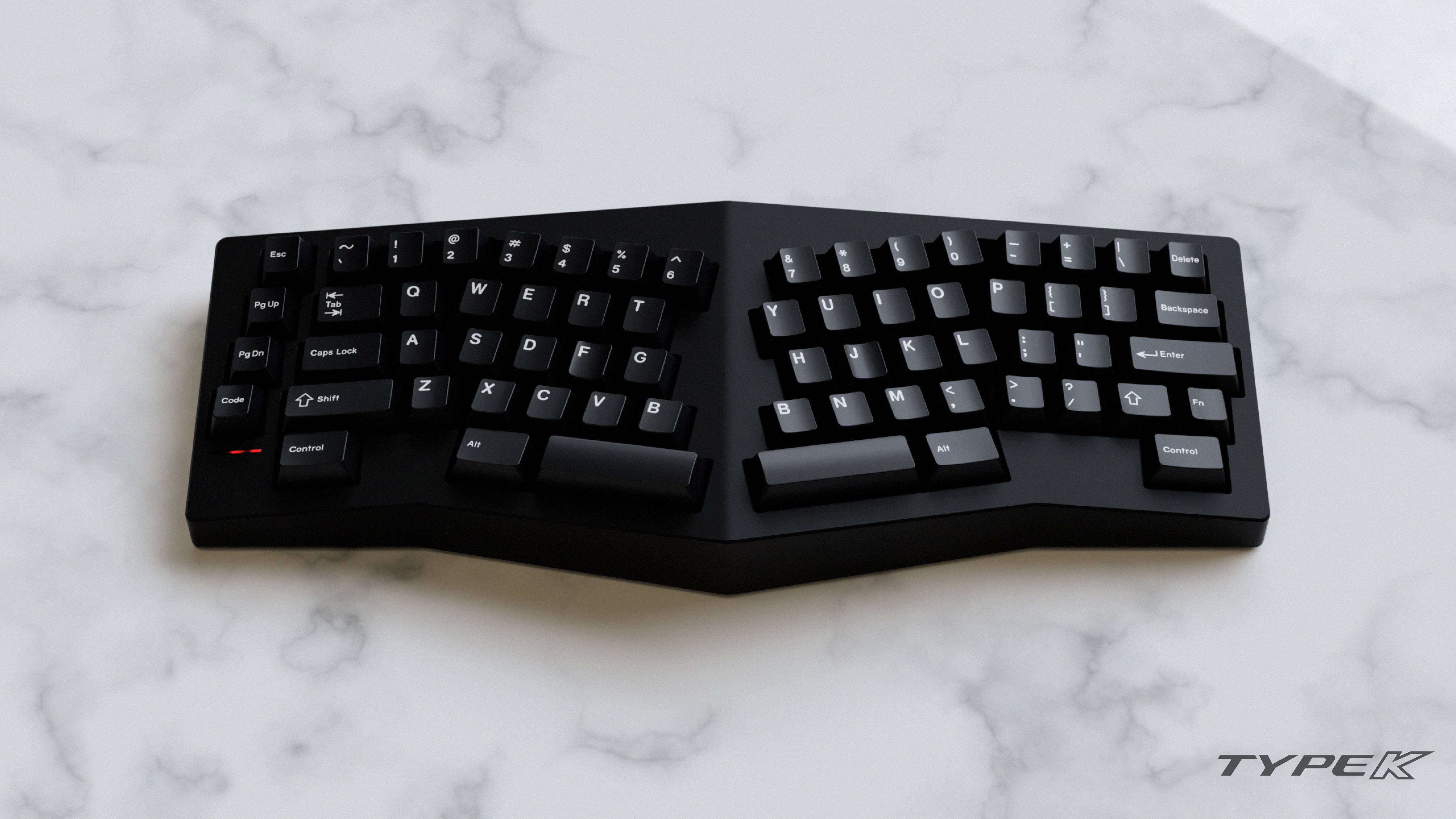 V noice symmetry, in my

Ideally, would add an arrow cluster + move special / edit keys (Home, End, Pg Up, Pg Dn) to the right, and juggle in some macro keys to the left to balance it out. Function Row would be nice, but that miiight strain against the “ergonomic” design of the board (the point is to minimize movement of the entire hand, or something?).

Purely speaking from the

, of course. The heck do I know about PCB design and ergobomnics. 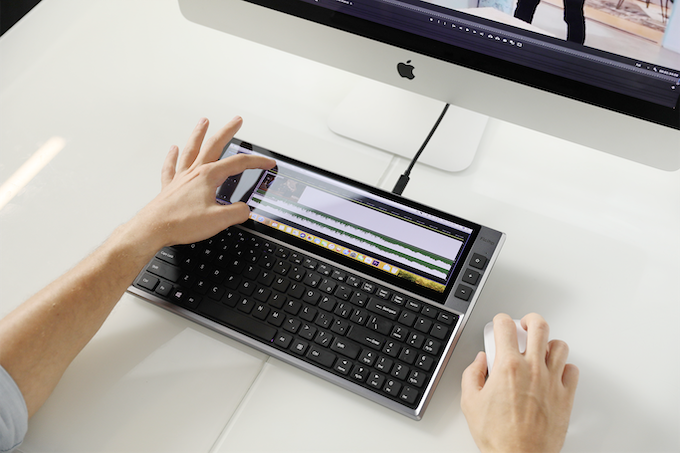 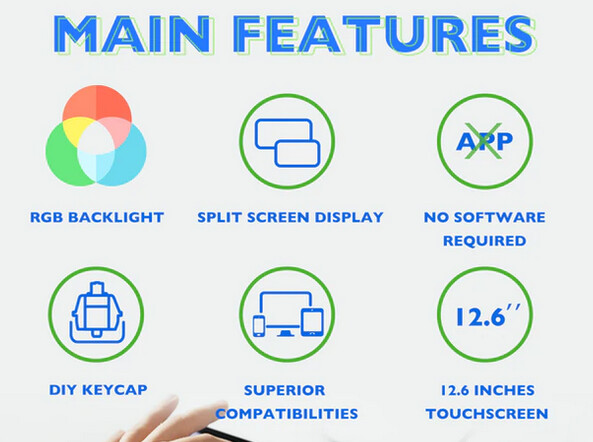 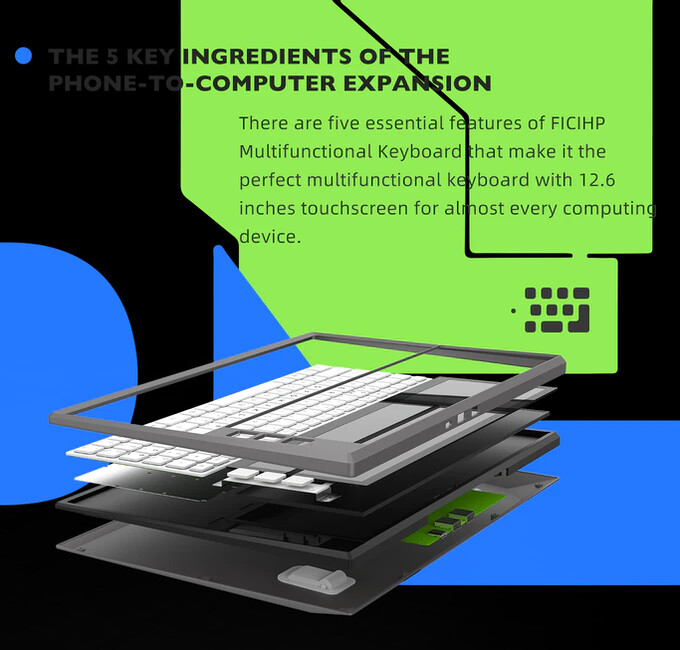 The mechanical version is $9 cheaper than the Gold Standard System76 launch, so there’s that.
Just don’t know how useful thing will end up being. View angle shows glare in EVERY SINGLE real world product shot. It also looks painful to use in every single product shot. 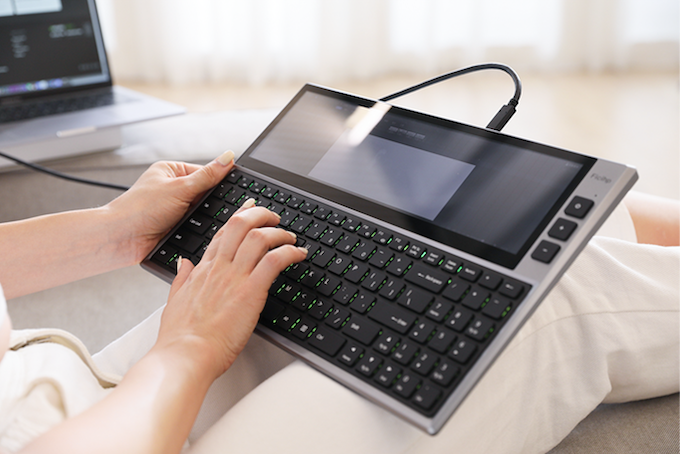 But that’s not all the strange!

Check out these creepy screen grabs from the kickstarter video that someone from Keebtalk spotted. 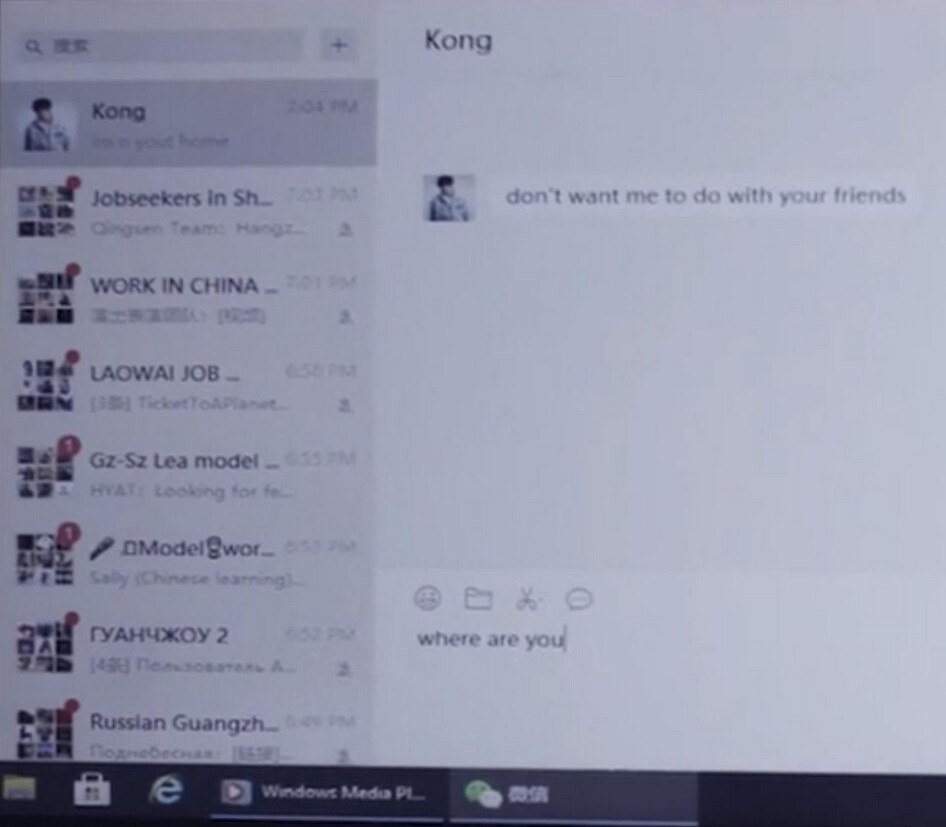 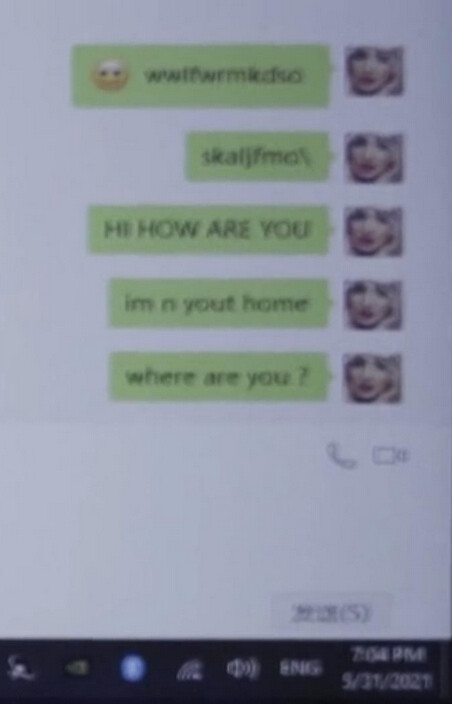 I feel like one of the engineers is calling out for help. 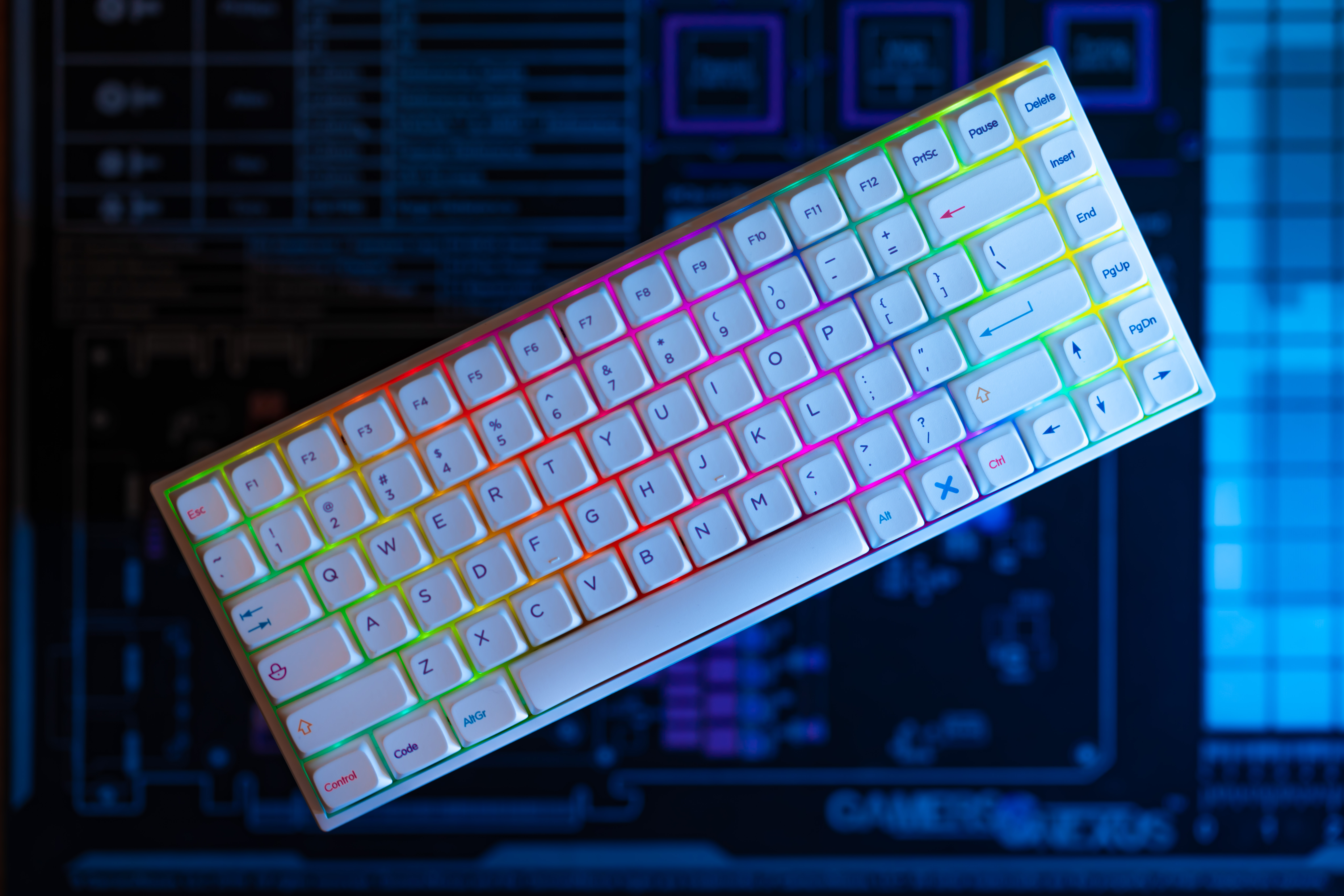 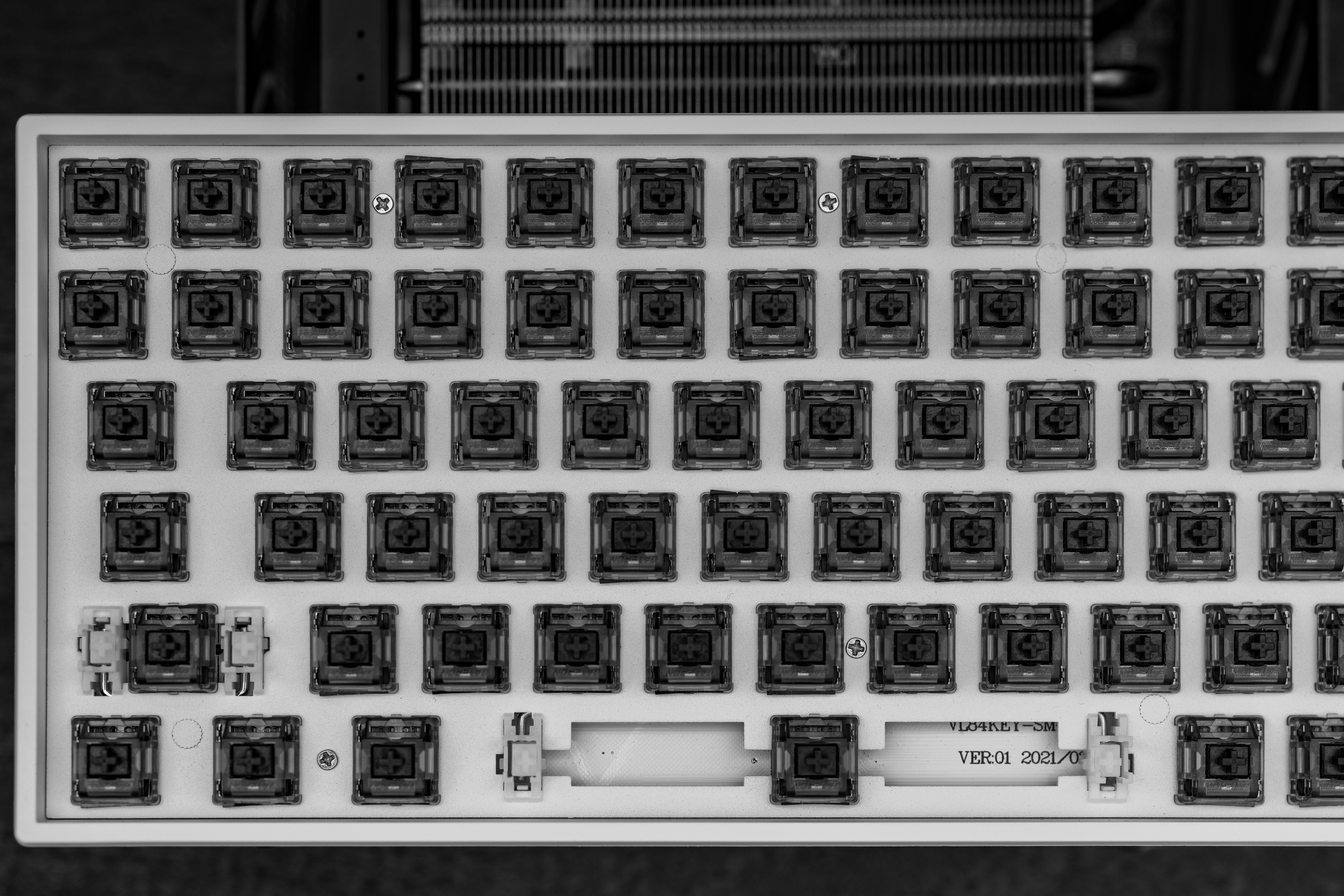 Picked up a Kono84. It was cheap and I figured it would be nice to have a customish mech in the media room. The Bluetooth radio is STRONG. I can actually use it a few rooms away. It’s all plastic though, and it looks and sounds the part. I stuck some lubed black inks in there. Got it when it was $55 though, and I have no complaints at that price.

Not quite Limelight-material, and no discounts for a post in the Vendors List thread, but Alice-form factor keebs are rare enough that it might be worth mentioning here? 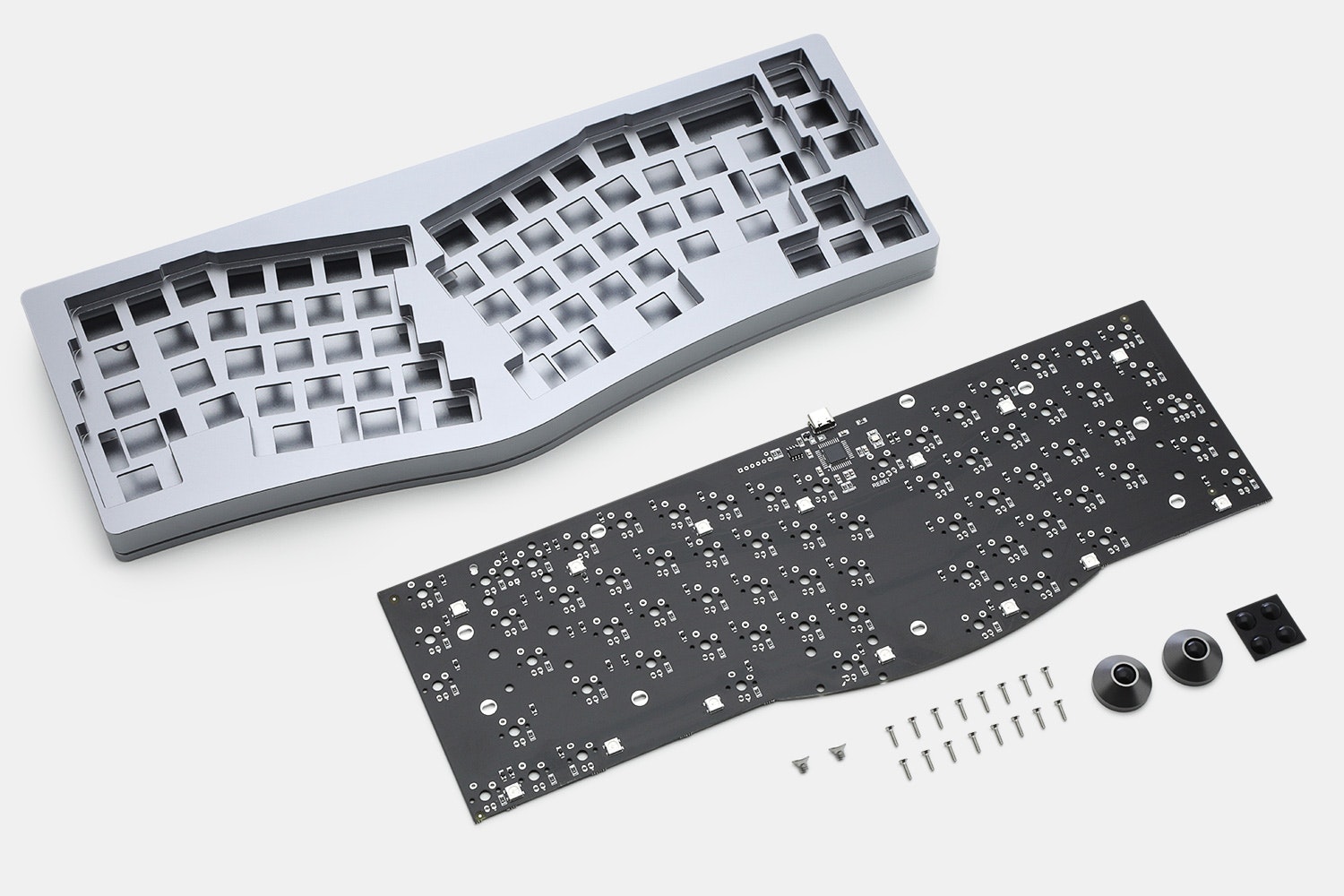 I have no idea whether Wings / Arisu parts are cross-compatible. From a cursory glance, the physical PCB shapes look different (particularly around the spacebar area), but the location of switch sockets and USB ports seem to be almost identical. 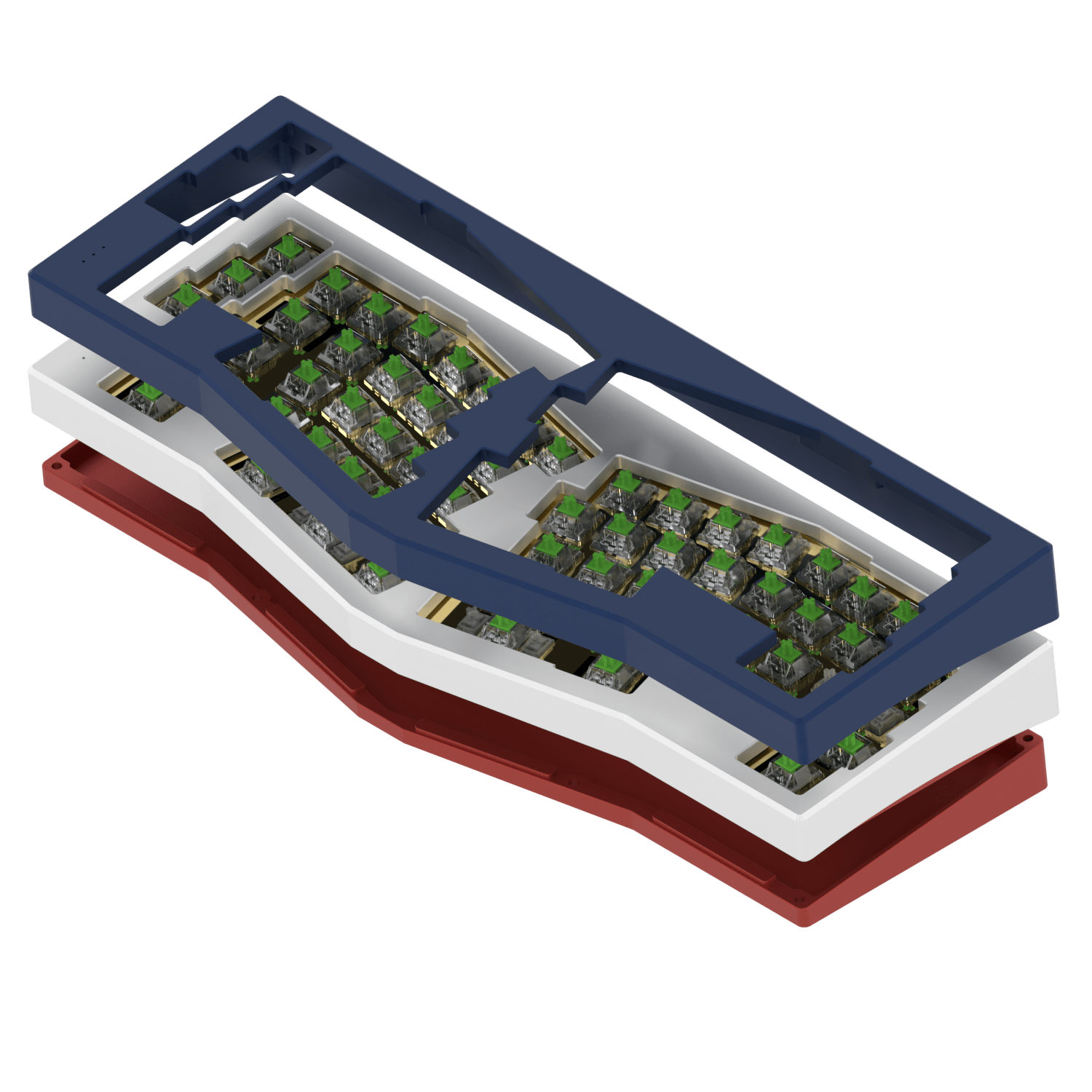 I was walking around a college surplus store and found this type writer with a ibm keyboard. 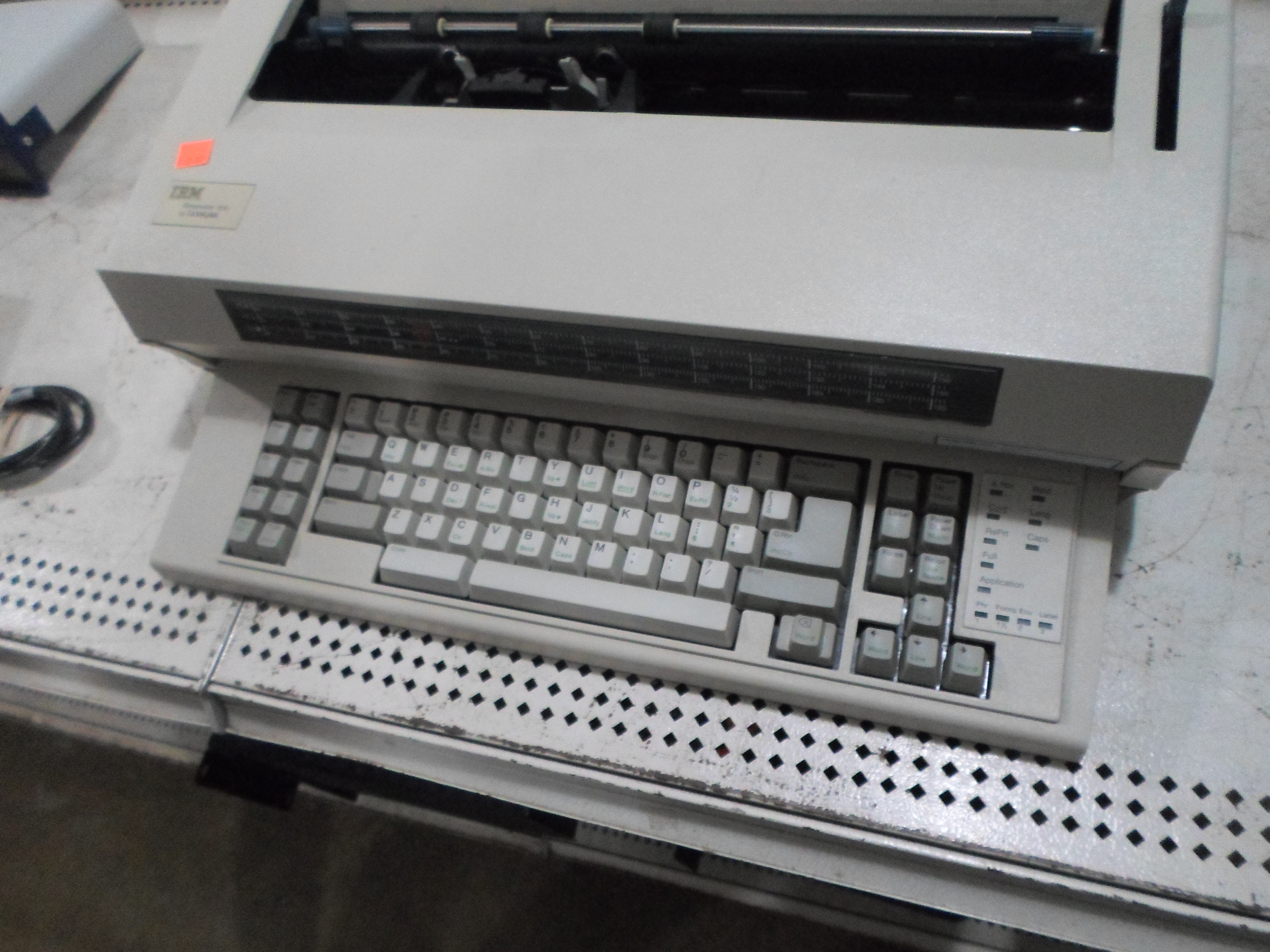 The highlight here is a TKL keeb with an all-aluminum chassis and QMK-compatibility that is also in-stock. No Group Buy uncertainty, no Pre-Order wait times; it’ll ship in 3-5 business days.

The entire chassis is held together by three screws. It’s beautiful architecture, honestly.

Note that the Eighty uses a different chassis than the First Edition Eighty (Limited Run: No longer in-production).