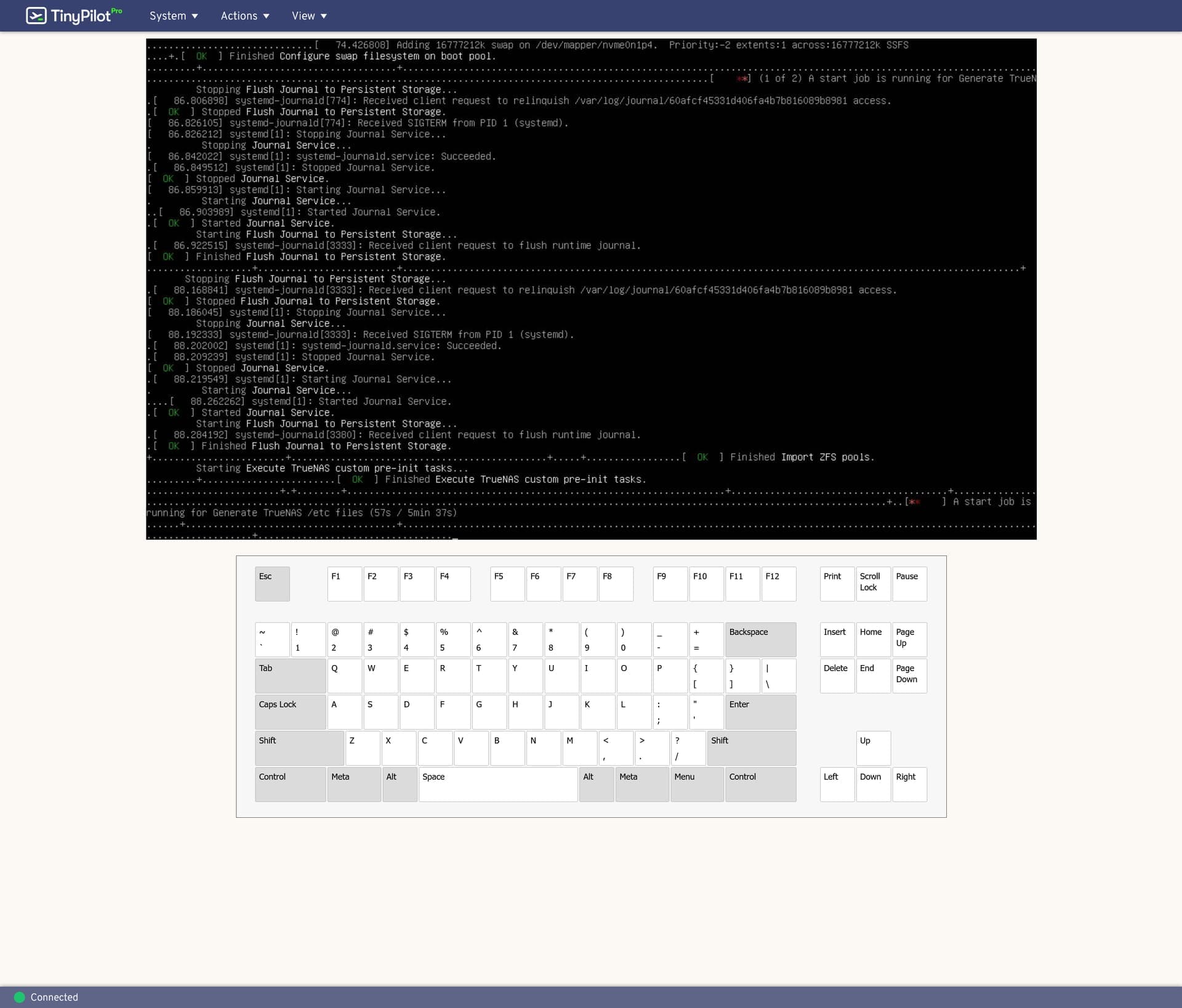 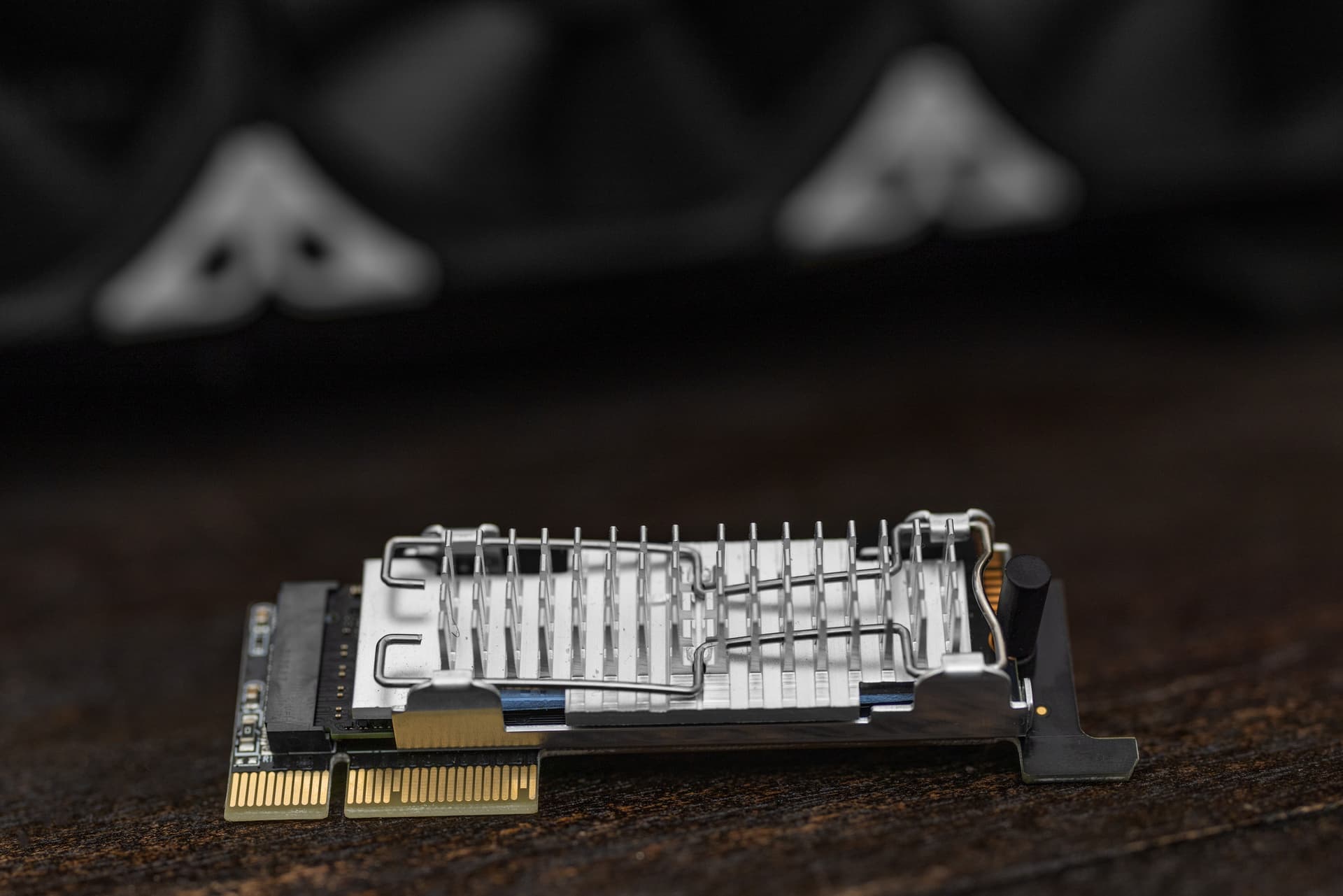 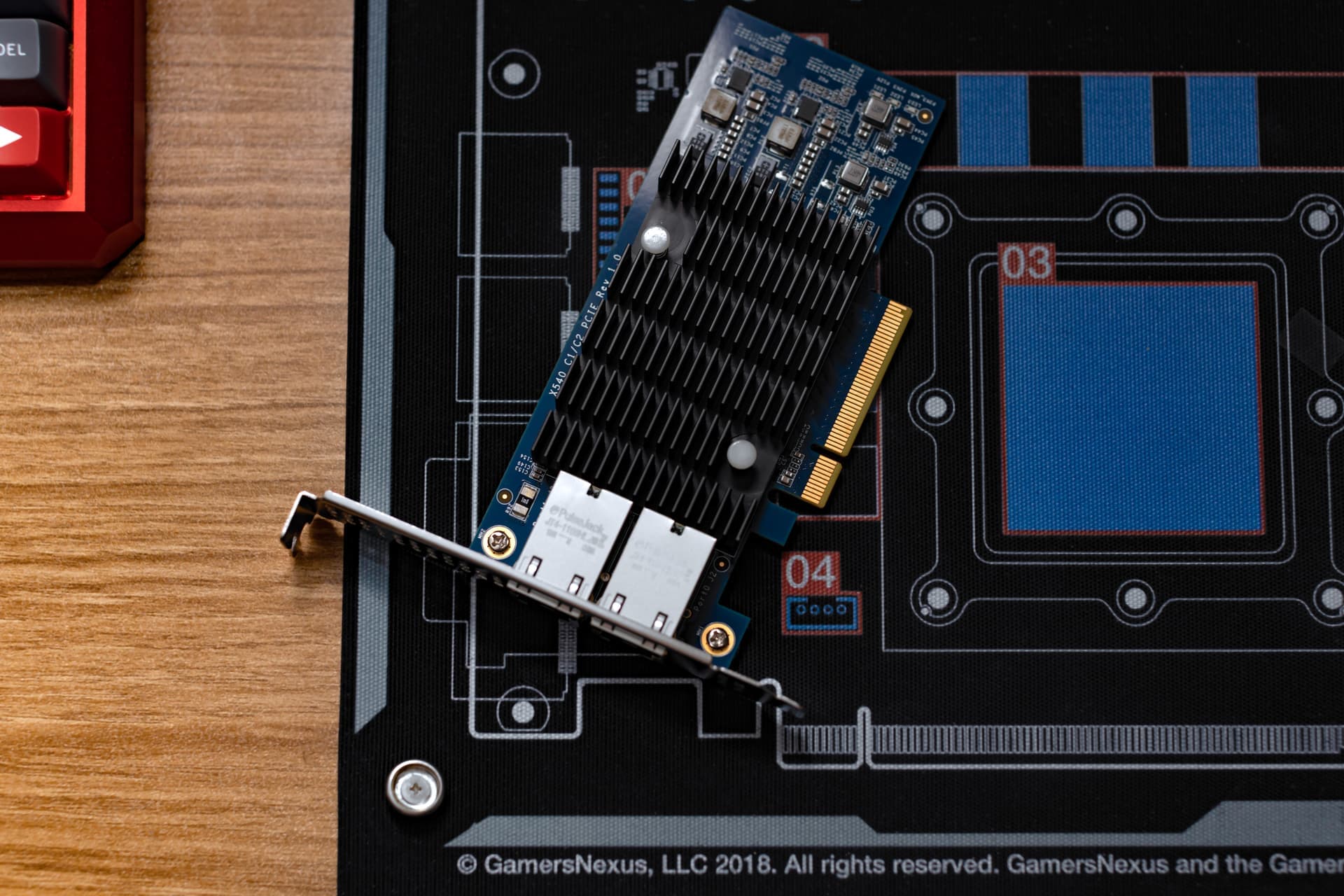 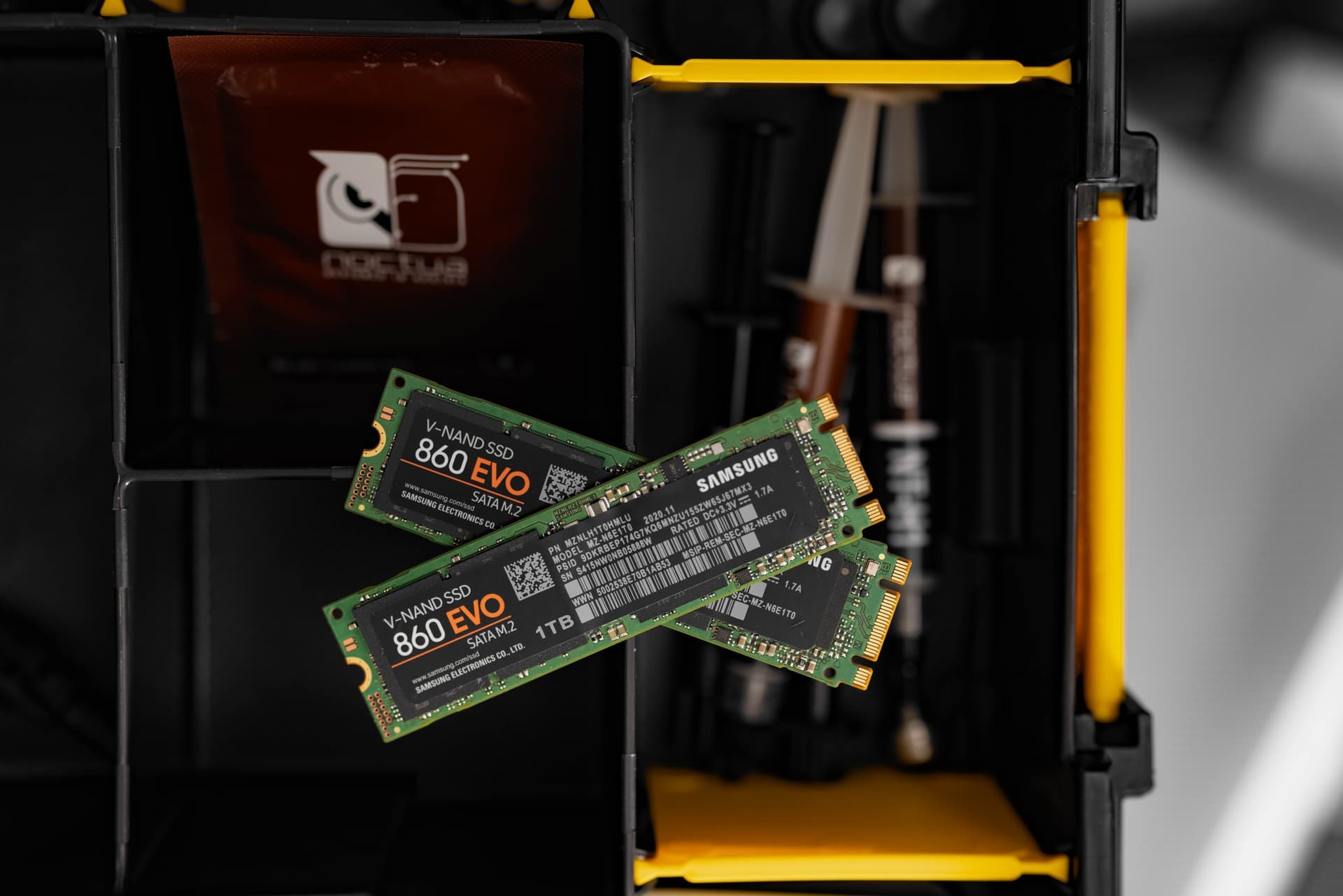 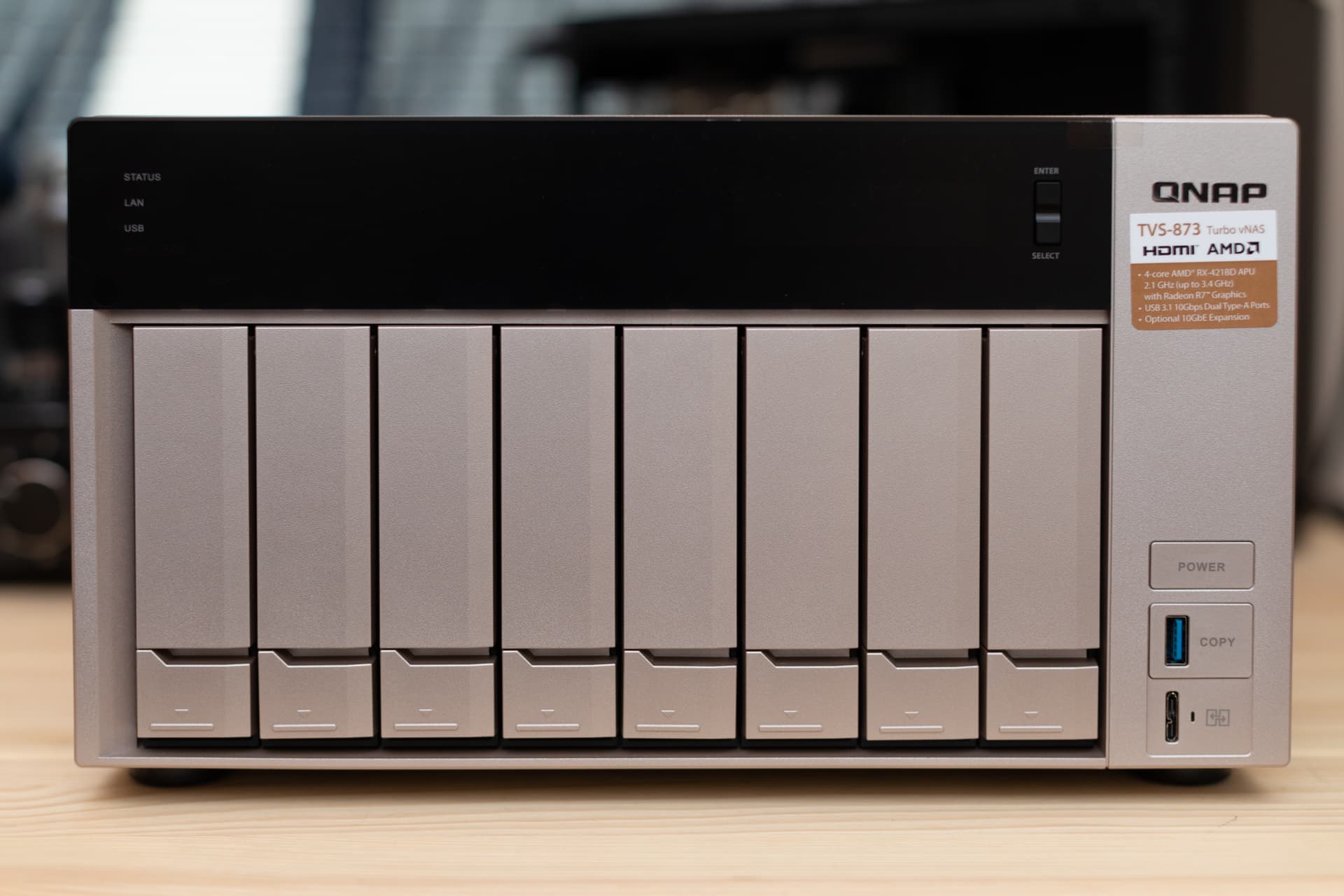 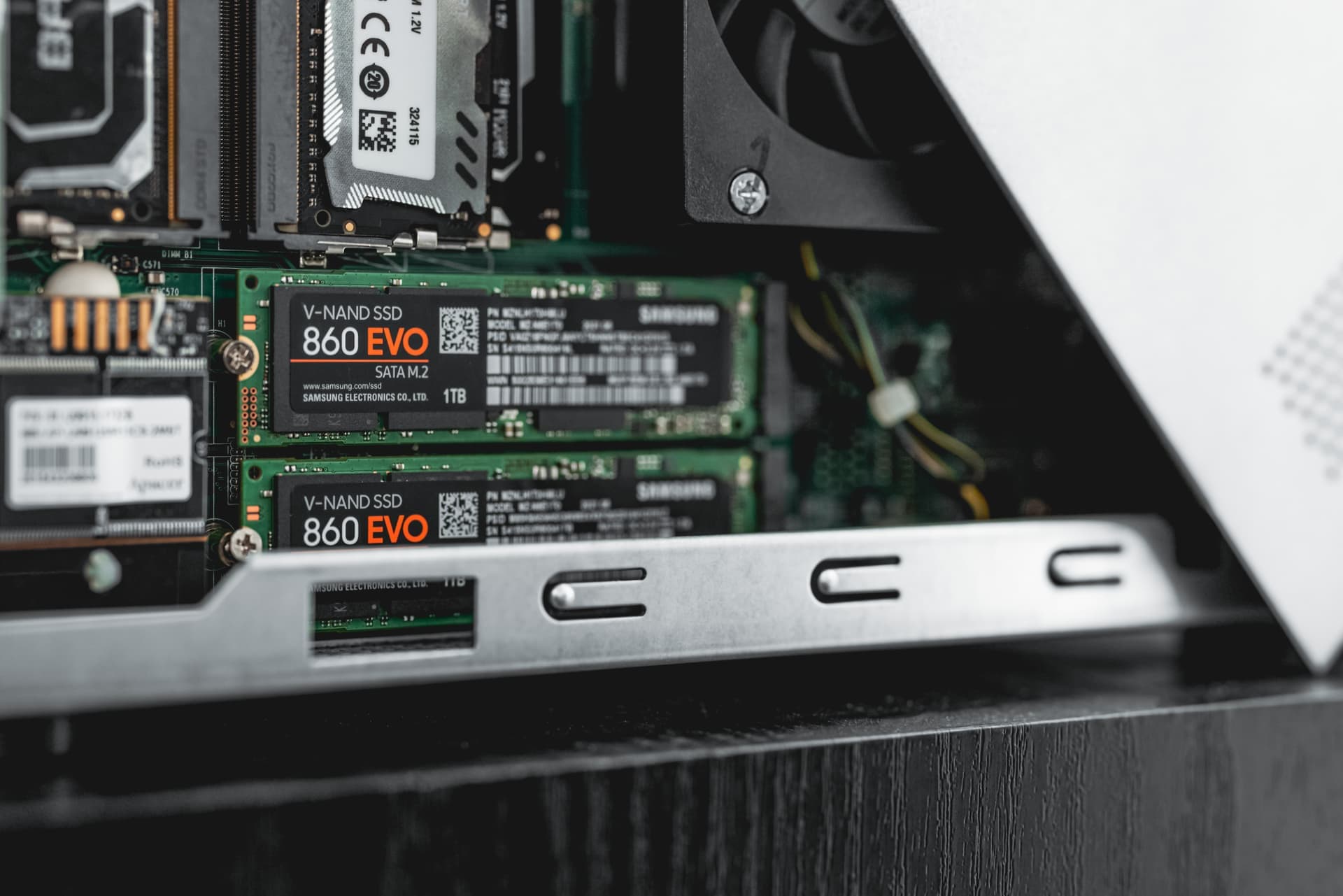 It’s still great from a hardware standpoint, but I’ve grown used to the joys of ZFS. Initially QNAP was going to make QuTS Hero available to older NASes, but they walked that back. It’s a shame.

Let’s see how this goes. 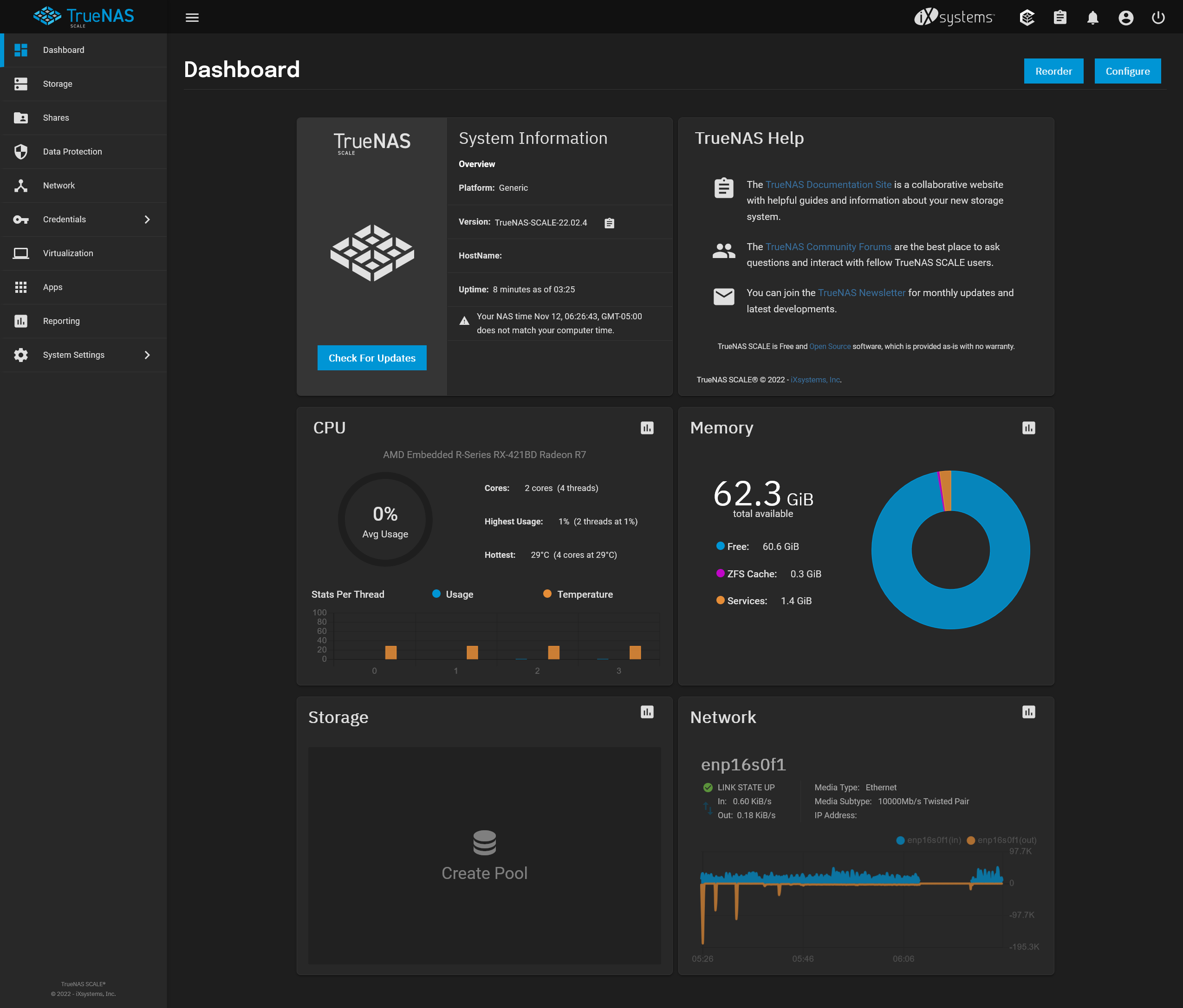 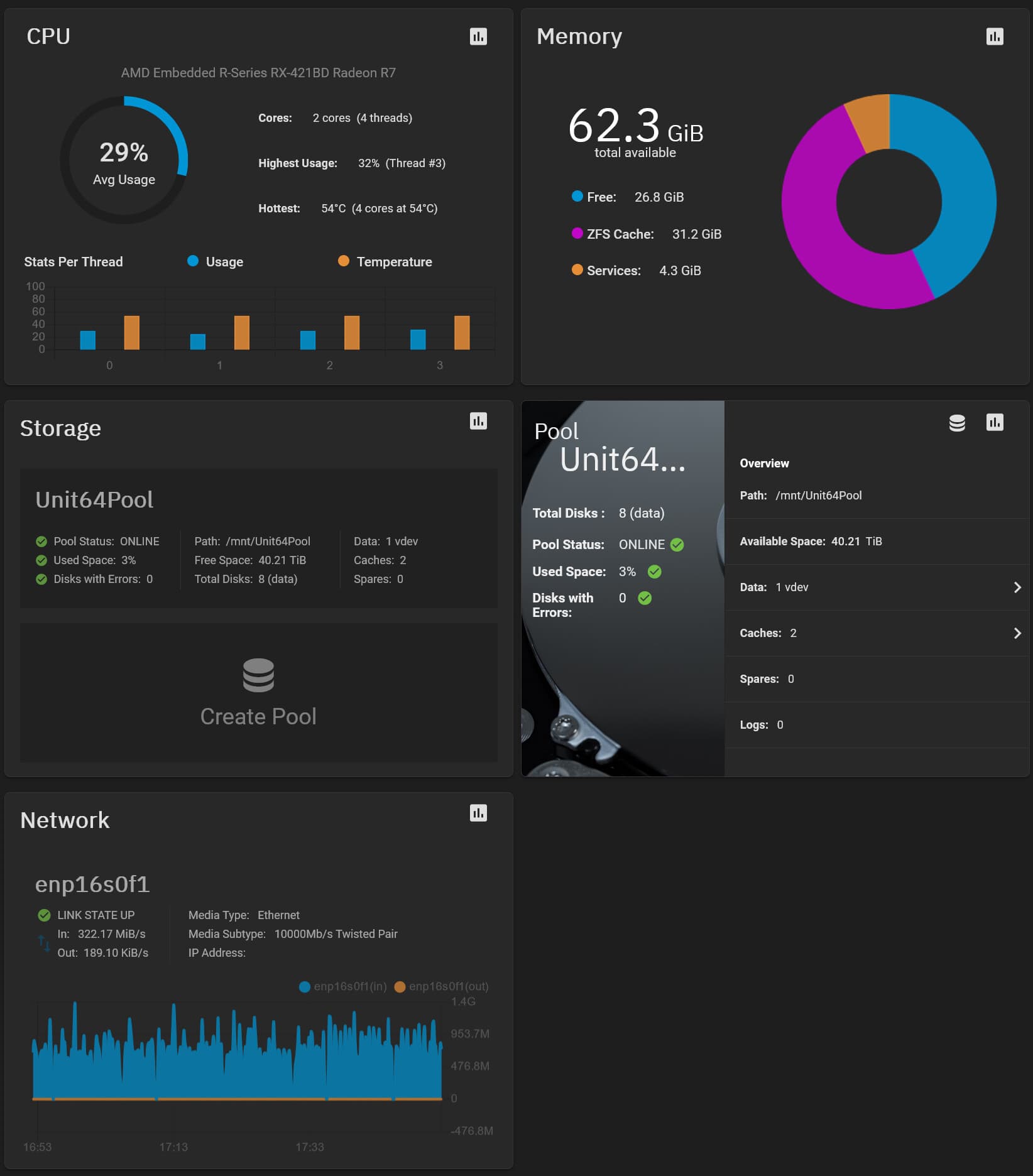 I tried following a few guides at first, but things weren’t in the same spots due to using Scale vs Core, so I abandoned all that and went about it how I usually do. Just playing around wit the interfaces.

QNAPs are very hand-holdy, so having to explicitly define everything was a departure from pre-built land. Pre-built NASes feel more like an appliance and I absolutely see why people use them. TrueNAS does a good job of organizing everything, so it’s a lot friendlier than completely scratch built storage solutions I’ve worked with in the past. It’s a great blend of ease of use and control. Some wizards for setting up common configs would be nice to see, but if you’ve come this far, it’s likely you don’t need them. Having a checklist so you setup permissions correctly and remember to configure snapshots is just as effective. If I were doing this more regularly, I would just document it in my personal knowledge base container. 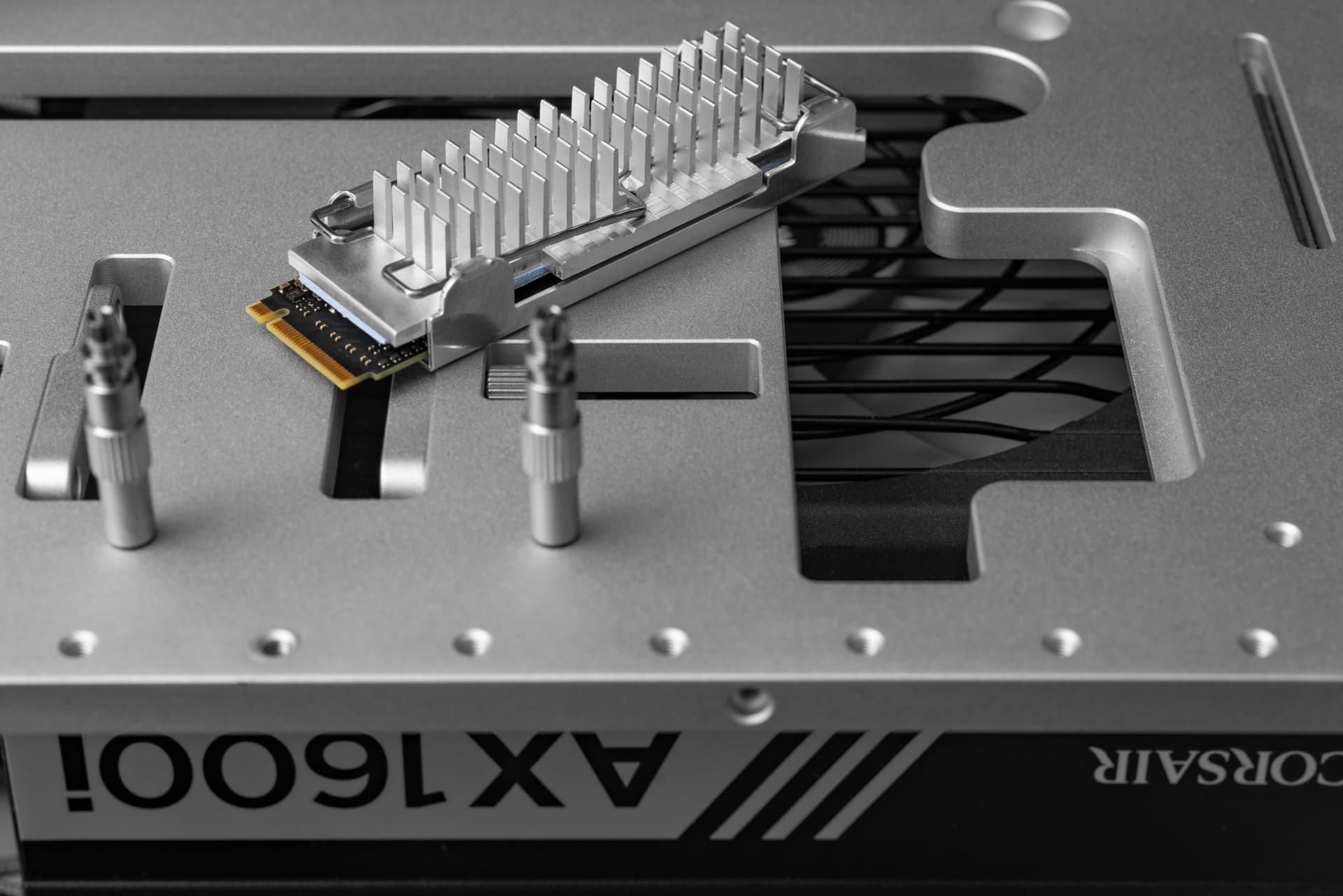 My QNAP TVS-873 is a equipped with an AMD Embedded R-Series RX-421BD Radeon R7. It’s billed as quad core, but TrueNAS sees it as 2 core, 4 thread. Not too sure what that’s all about unless it’s the same deal as Bulldozer. The SoC doesn’t support ECC, so I’m just using 4x 16GB SODIMM DDR4 2666. For the network card I’m using an “Intel X540-T2” from 10Gtek. For storage I have 8x Seagate Iron Wolf drives and 2x 1TB Samsung 860 EVOs (SATA). I was using the EVOs for tiered storage under QNAP QTS, but TrueNAS/ZFS doesn’t offer that kind of caching, so I don’t know what I’ll do with them yet. I already have a “fast” NAS, so I don’t need an SSD pool.

I removed the 512MB Apacer DOM that was hot glued to the board so that I could safely reverse this operation if needed. In its place, I’m using a 512GB Intel NVMe I pulled from something at some point. It’s overkill, but I have a few of those drives lying around. 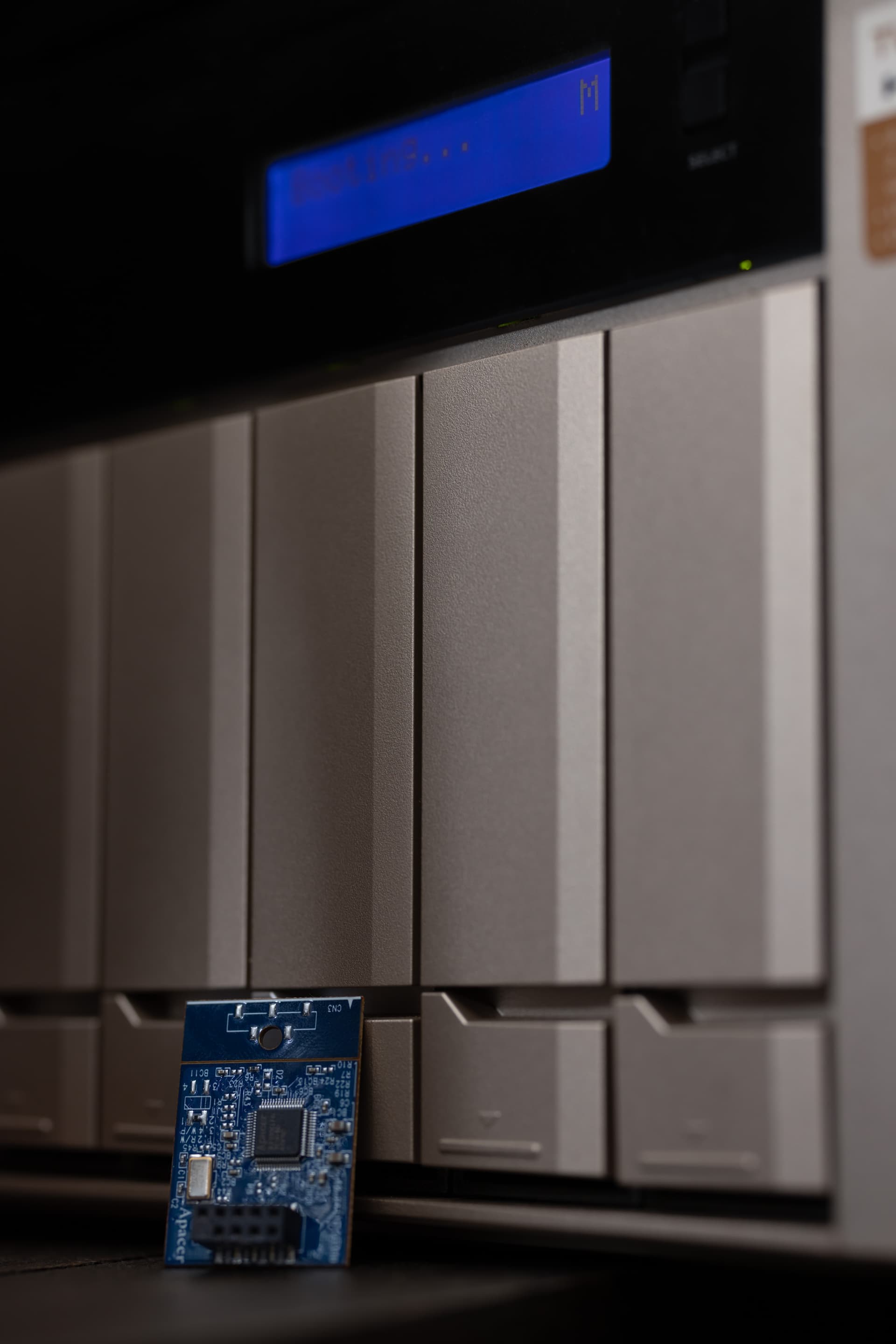 Overall, I made this move out of curiosity. I could have lived with QTS and been happy, but taking this and converting it to TrueNAS saved me the expense of building another NAS to scratch the itch. QTS did offer snapshots, but I never fully trusted them. Scrubbing took around 26 hours under QTS via ETX4, as did the RAID initialization. Provisioning pools and different levels of storage was also messy. The annoyingly broken notifications, warnings, and constant installations of apps I’ll never use will not be missed lol.

My other 4 NASes use QuTS Hero (the ZFS fueled version), so I won’t be touching those, but I feel better about this particular NAS now knowing that it’s got a filesystem I have faith in. This NAS handles Veeam storage and non-essential multimedia, so I’ve kept it simple. I may run some non-essential VMs and containers (installing iperf3 now), but it will never be much more than storage and learning.