I recall writing about it, but it might’ve been yeeted.

Yeah it was yeeted from smth

I just need to replace my letters

Pls hold. I’m having a ridiculous amount of difficulty trying to search for Black Shine-Through Keycap Sets on Amazon.

I mean, there are listings. Just, they’re unreasonably expensive?
And the Tecware Keycap Set doesn’t seem to offer the all-black, non-pudding keycap set variant anymore (this was the set I linked last time, IIRC).

If you’re keeping the G610’s current bottom row, I’ll look into ABS (rather than PBT) keycaps. Would be a bit weird having differently-textured keycaps on the same board, maybe?

Or, if you’re doing your own searching, try looking for ABS Black Shine-Through Keycaps.

(this was the set I linked last time, IIRC)

Spiel: Tier Lists in Relation to #KeebWeebClub
I’m already not a fan of keeb reviews. So, keeb tier lists or switch tier lists? I don’t condone them, unless the author has very specifically and very obviously stated that the tier list is a reflection of their personal preferences and is not meant to be universally applied to everyone. In that case, while I still won’t agree with the author’s tier list, I will at least acknowledge it is their opinion, and will concede that “their feelings are valid.”

Ranking
The main feature of tier lists is ranking, and ranking implies one thing is inherently better than another. You can pit athletes against one another in a race, to determine who ran the fastest that one day, on that specific track. You can run Cinebench benchmarks, and compare how one system fares against another under a specific workload. I would not advise trying to turn a hobby deeply connected to personal preferences into a dick-measuring competition, or to foster it into an elitist community full of inbred opinions and toxic ostracism attempting to dictate other people’s choices.

Honestly, #KeebWeebClub is very not meant to be a competition. Starting this thread, I intentionally did not write “ Mechanical Keyboard Club,” nor “ Custom Keeb Club,” because non-mechanical keebs and prebuilts exist, and peepos can like them, and that’s fine? The base line isn’t “If I spend money on a mechanical/custom keeb, will it impress other peepos and make them happy?” but rather “Am I happy with my keeb?”

Also, there is more to keebs than a single feature or a single configuration to rank them by. Different build materials, hot-swappability, PCB design, case design, mounting styles, firmware/software support, intuitive media control, wireless connectivity – the list is almost endless. Different people and different markets will prioritize their set of needs/wants differently; someone might be more comfortable with a wireless, full-size membrane board with chiclet keycaps, another might like a loud and fun keeb equipped with a modular tenkey, media controls, OLED, and RGB that’ll work seamlessly with their ASUS, Corsair, Logitech, or Razer ecosystem, someone else might prioritize their typing experience over all other extraneous features, being satisfied with their unassuming but very personalized keeb.

Even when the stock configuration isn’t satisfactory, modding exists to help remedy most faults. If a switch is too scratchy or too wobbly at stock, lube and switch films exist. If a keeb has too much flex or reverb, swapping mounting plates or adding in foam may help mold the keeb better to the user’s tastes. In a community where keeb and switch modding is easy and prevalent, it’s even more difficult to point at someone’s keeb and blindly rank it based off some personal criterion, or to claim that it’s simply “better” or “worse” than their neighbor’s.

Metric
Attempting to meaningfully quantify qualitative sensations with numbers is a fool’s errand.

We don’t have benchmarks for keyboards or switches, because there’s no objective, universally-applicable way to test one keyboard or switch against another that would produce findings that are meaningful to every other consumer and enthusiast. A large part of that is down to personal preferences and priorities; one person might enjoy the smooth strokes and rounded bump of Zealios, another might prefer the sharper tactility of Hako Royal Clears over Zealios, someone else might find MX-style tactilies too lightweight and too soft, shunning them altogether.

Pretense of Objectivity
Possibly the largest issue I have with tier lists – attempting to establish an opinionated wall of text as canon. A long wall of text does not equate with accurate info. An opinionated review or article that misuses or misunderstands quantitative vs. qualitative metrics is not objective. A tier list that judges items based off a single person or single group’s personal criteria should not disguise itself as a universal truth.

This hobby is grounded in personal preferences and satisfying personal expectations. It’s not for a tier list, or an elitist group – or anyone else, for that matter – to dictate how a user should feel about their own keyboard or their switches.

Let people ask questions and let people explore their choices, rather than funnel their opinions down a tier list under the pressure and the illusion of “what’s acceptable.”

TLDR: Tier lists (and reviews) are an opinion, and opinionated lists should not be presented as or used by others as universal canon.

Reminder that Den is the best influence.

Help.
This is taking ages.

Found some cool projects.
first one is a T9 keypad that someone made. 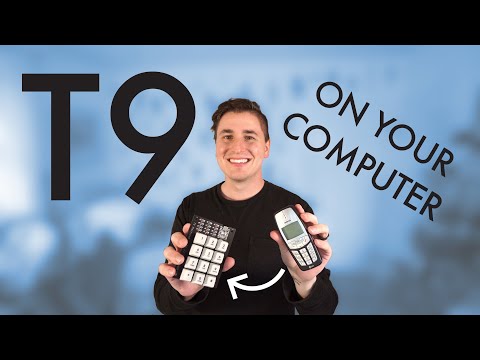 This is a OSU! keypad that has hotswap switches and two keys but I think anyone can figure out how to use it.

Made in Poland 2-keys mechanical keypad with the best possible quality and hot swappable switches.

4032×2268
Deskeys DES Topre Silencing Rings
I received these in, uh, early May?
[Checks date.]
…Was not procrastinating.

Tho, I haven’t kept up with journaling since… high school?
Wow, that’s a long time ago, haha.

4032×2268
Topre Sliders - Topside
Topre Slider uh, Housings(?) are labelled with letters in the corners (L, I, J, N, P). Not entirely sure what they correspond with?
Housings are also not all aligned/rotated the same way.
They all seem identical, and the Housing’s letter or orientation doesn’t seem to affect typing feel or Keycap/Slider orientation either.

4032×2268
Topre Sliders - Underside
Sliders can only fit in the Housings in the diagonal-looking pattern above.
They’re also not all aligned/rotated the same way.

4032×2268
Topre Slider - Removed
Small notch on the side of the Slider lines up with the notch in the Housing.
Pop it out from its Housing by pushing the Slider down from the Topside.
TaehaTypes seems to like using the butt (

) of a Sharpie, but fingers + pressure along the notches seem to work as well.

4032×2268
Topre Stabilizer
A bit more finicky to remove, compared to MX-style stabs.
Took a bit of staring and nervous fiddling around, 'cos I didn’t find a guide.
…Also, too impatient to sit through random YT videos. I very dislike watching videos, especially if I can get my info in written (or other) form.

Stick a long, solid shaft into the hole.
Happen to have two 6.5mm adapters, this is probably the most use I’ll get out of them.

(Fingers won’t work for Stabilizer Sliders 'cos there’s no notches on these Housings.)

4032×2268
Topre Stabilizer - Slider Removal
Push the shaft against the hole. Expect resistance, but keep pushing – firmly and gently.
Stabilizer Slider should pop out of the Housing.
Please Don’t Ask Why I Capitalize Certain Nouns, My OCD is Annoying.

4032×2268
Topre Stabilizer - Wire Removal
Wire’s held in by two clips, and is easy enough to remove.

4032×2268
Topre Slider - Silenced + Stock
Silencing Ring goes around the Slider.
Have to pop the Slider out from its Housing precisely because the Silencing Ring is designed to sit between the Slider and the Housing, cushioning both the downstroke and upstroke.

4032×2268
Topre Slider - Ressembly
Simply pop the Silenced Slider back in its housing, bottom (

4032×2268
R2-968 - Sliders Reassembled
Enlisted the help of my Nyanbos, 'cos I need the keeb(?) elevated and Sliders hanging downwards for Rubber Dome + Springs reassembly.

4032×2268
R2-968 - PCB Reassembled
In the above pic, all the screws are screwed in.
I’d strongly suggest putting in a minimum number of screws and double-checking that all keystrokes register in Keyboard Checker (or equivalent checkers) first.
In the event that not all keystrokes register properly, or if certain keys get stuck or feel off after modding, the fewer screws will make things much easier to get to for re-modding and re-aligning.

God damn, but modding a Topre keeb is annoyingly time-consuming. Started at 7:00-ish PM yesterday, ended at close to 1:00 AM.

I mean, I love this keeb hecka lots (Extreeeme!!!) – when I’m typing on it. Modding, tho… Modding makes me feel

…Not testing that theory 'cos I’ve lost my patience after a 6-ish hour modding and fine-tuning session, thanks.

Stable hands are recommended for the Rubber

Kiiinda was hoping the Silencing Rings would be more… silencing

Yeahhhhh, even with the heavies, it did eliminate some of the clack, but when you’re rocketing a slider back up, there’s only so much you can do without lube lol. Reading this gave me so many flashback lol. I still need to re-re-re-re-mod my FC660C with the Novatouch sliders. Definitely going to lube them this time around. Also got some foam from Norbauer. 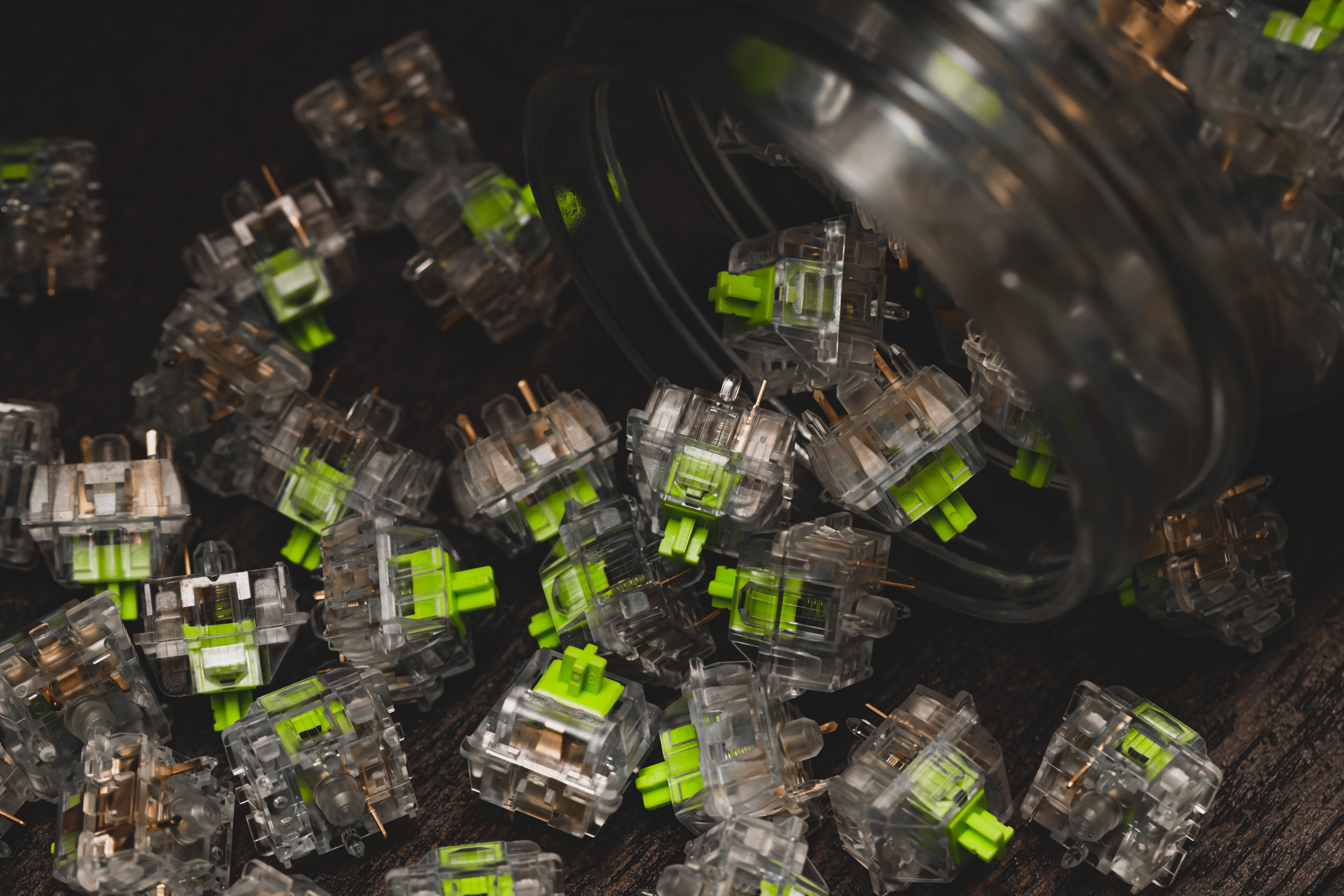 picture of my current main keyboard:
It is a Keychron K6 with ISO-DE

layout, rgb, aluminium frame and Gateron Brown switches. Unfortunatly I the hot-swap option wasn’t available but considering how difficult it is to get 65% mechanical Keyboards with a german Layout, I’m still pretty happy with it. Maybe I’ll write a longer “review”/“my thoughts on it”.
This is just a quick picture I took. 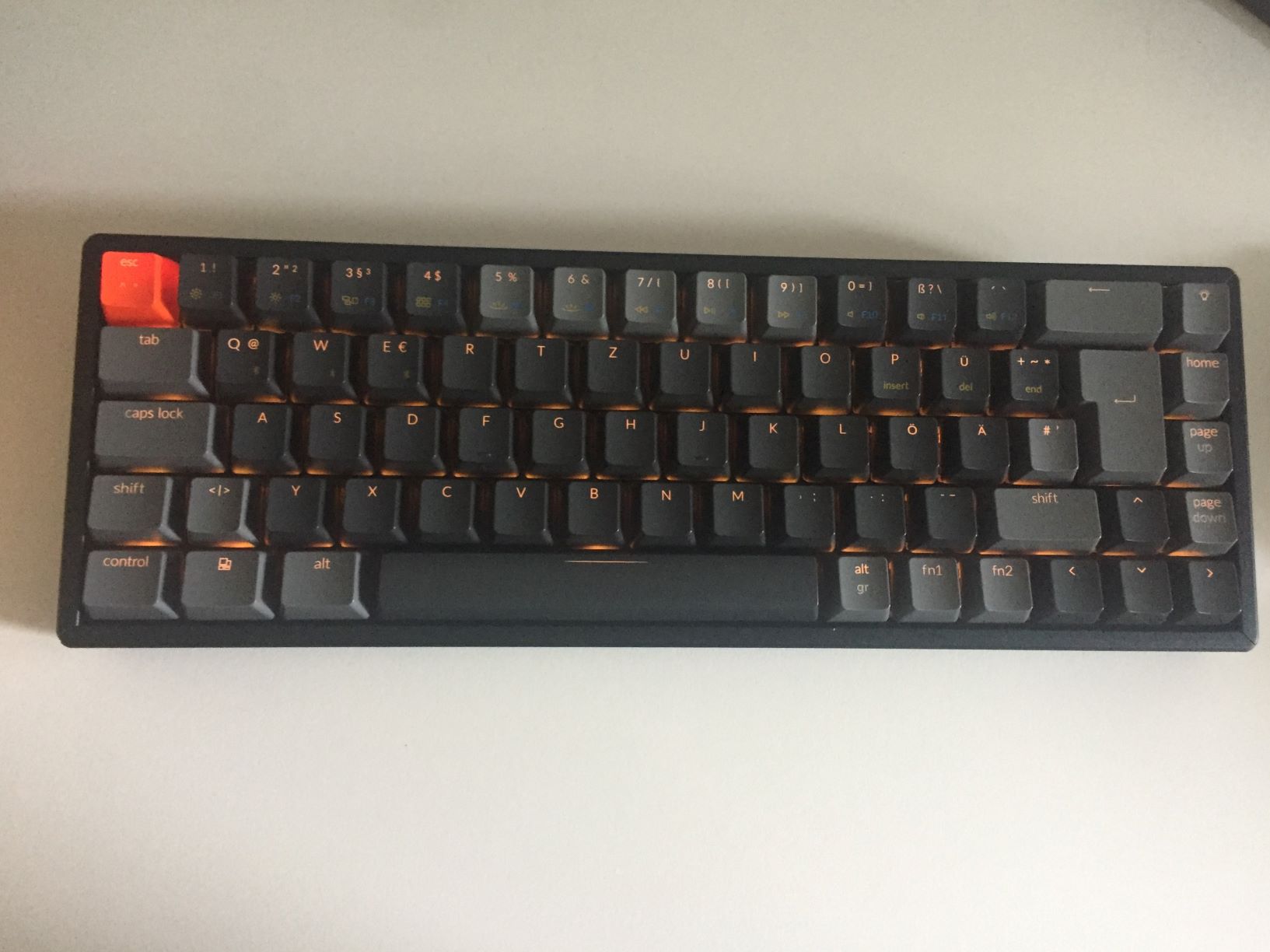 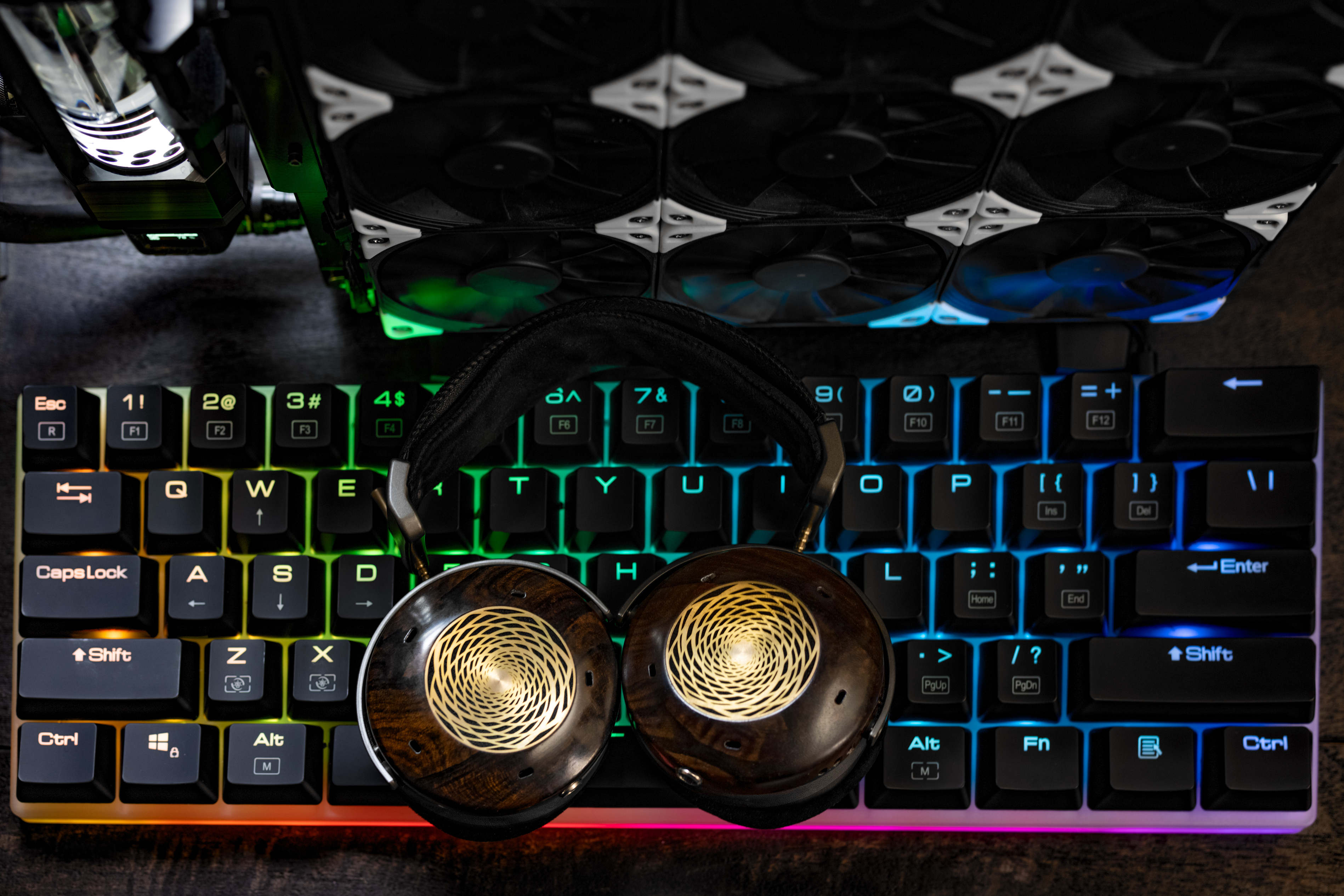 Is it actually usable as a daily driver, or is it more just a novelty to have? I half want one, but the price is just too much for something that I’d only use from time to time for fun.

I’d lose my mind trying to daily it. I can type full speed standing, but it would be a nightmare sitting. It’ll end up in the lobby at my office for the check-in station. It will amuse the front desk and security staff.

I would keep it, but the keycap coating is literal garbage. It was coming off out of the box and attracts fingerprints like crazy. I am 100% certain if this thing got anywhere near 'chew, she’d chuck it right out the window, making sure it hit someone in the head in the process.

I would keep it, but the keycap coating is literal garbage. It was coming off out of the box and attracts fingerprints like crazy.

Well that’s definitely not great. And given the unconventional size of the keyboard it’s definitely impossible to replace with different keycaps, huh?

Anyway, good to know that it’s not as great as it looks. Will definitely steer clear unless I feel like making bad financial decisions.

I am literally a bad financial decision. 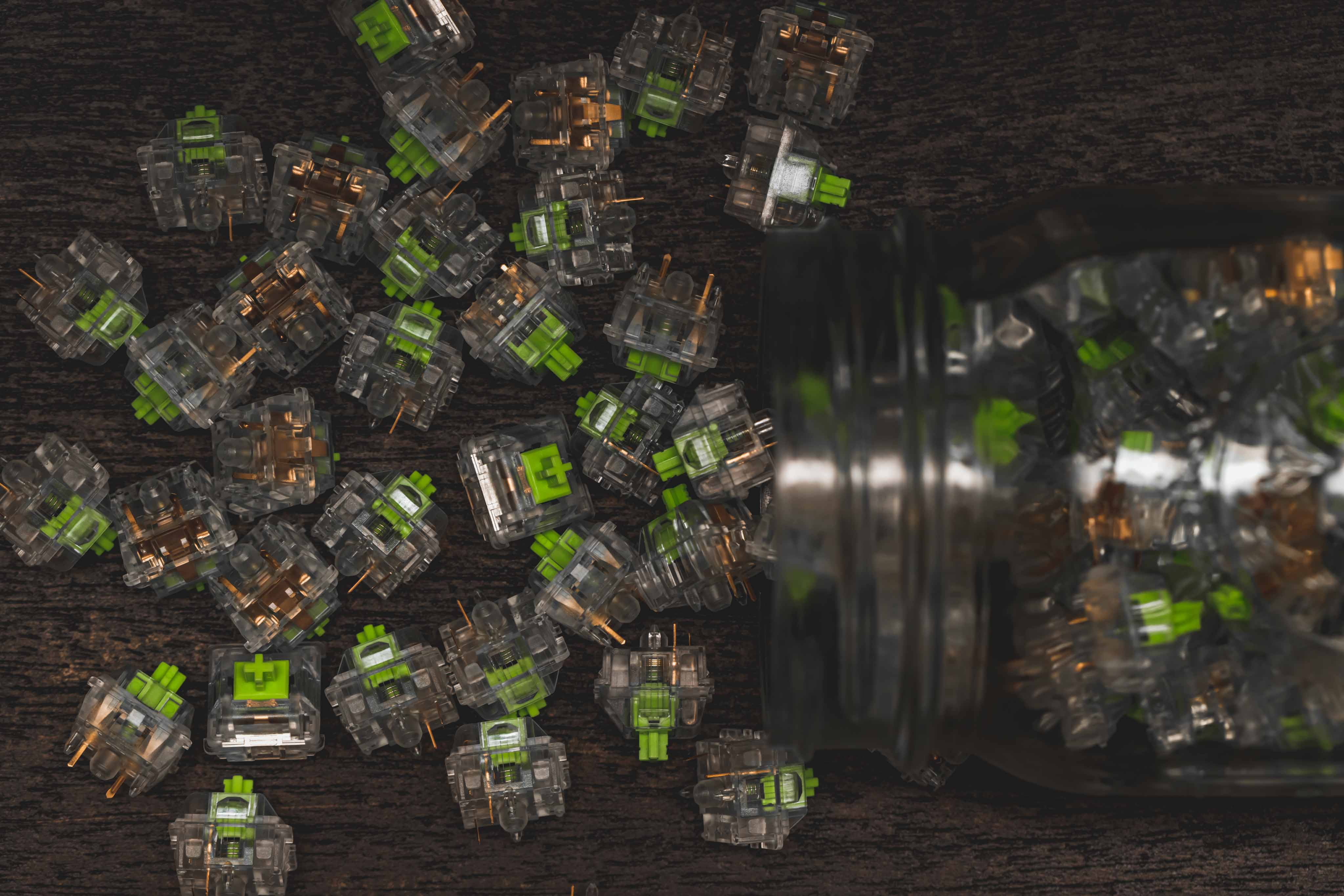 Don’t usually post alternates, but I liked this photo more than I thought I did initially. 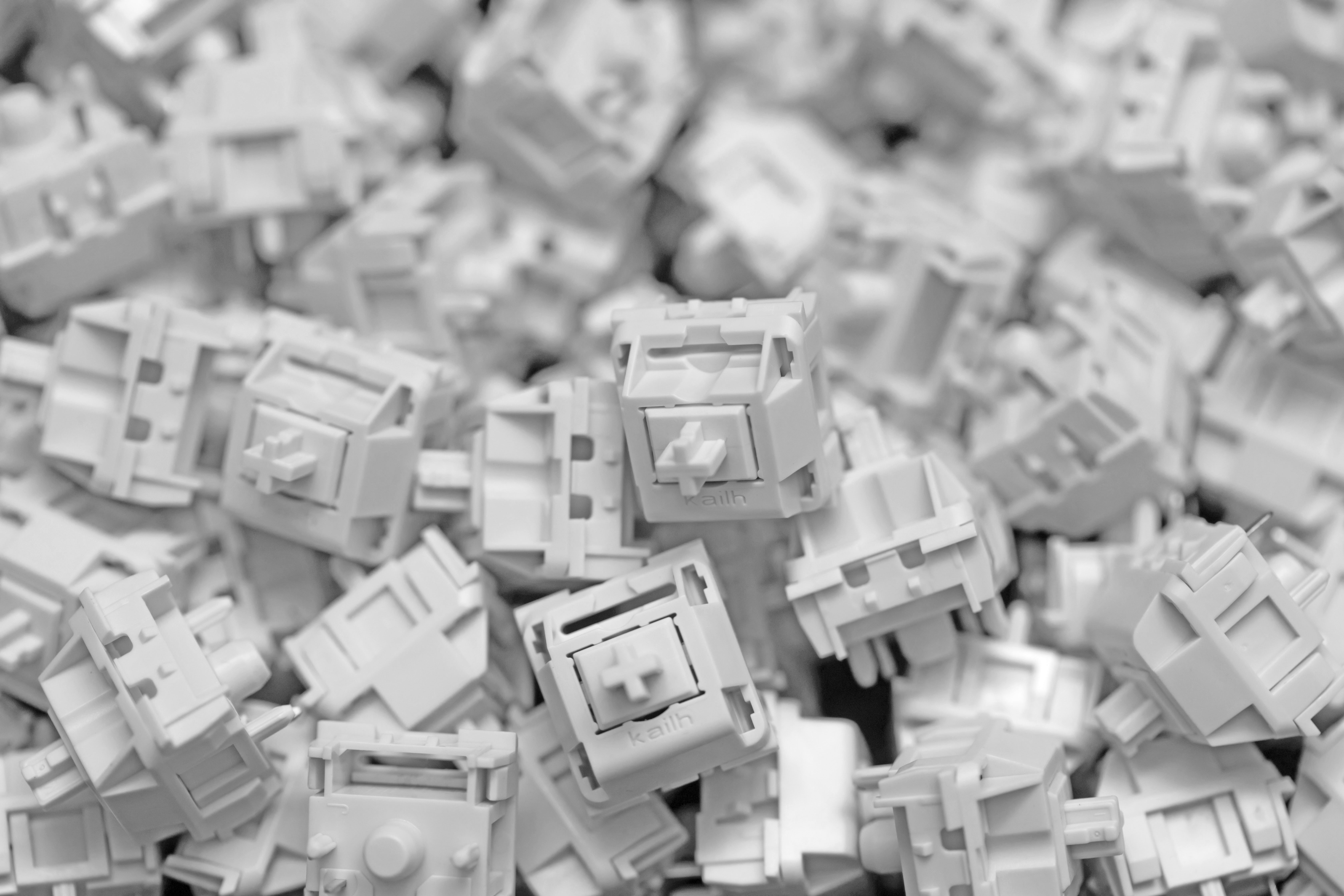 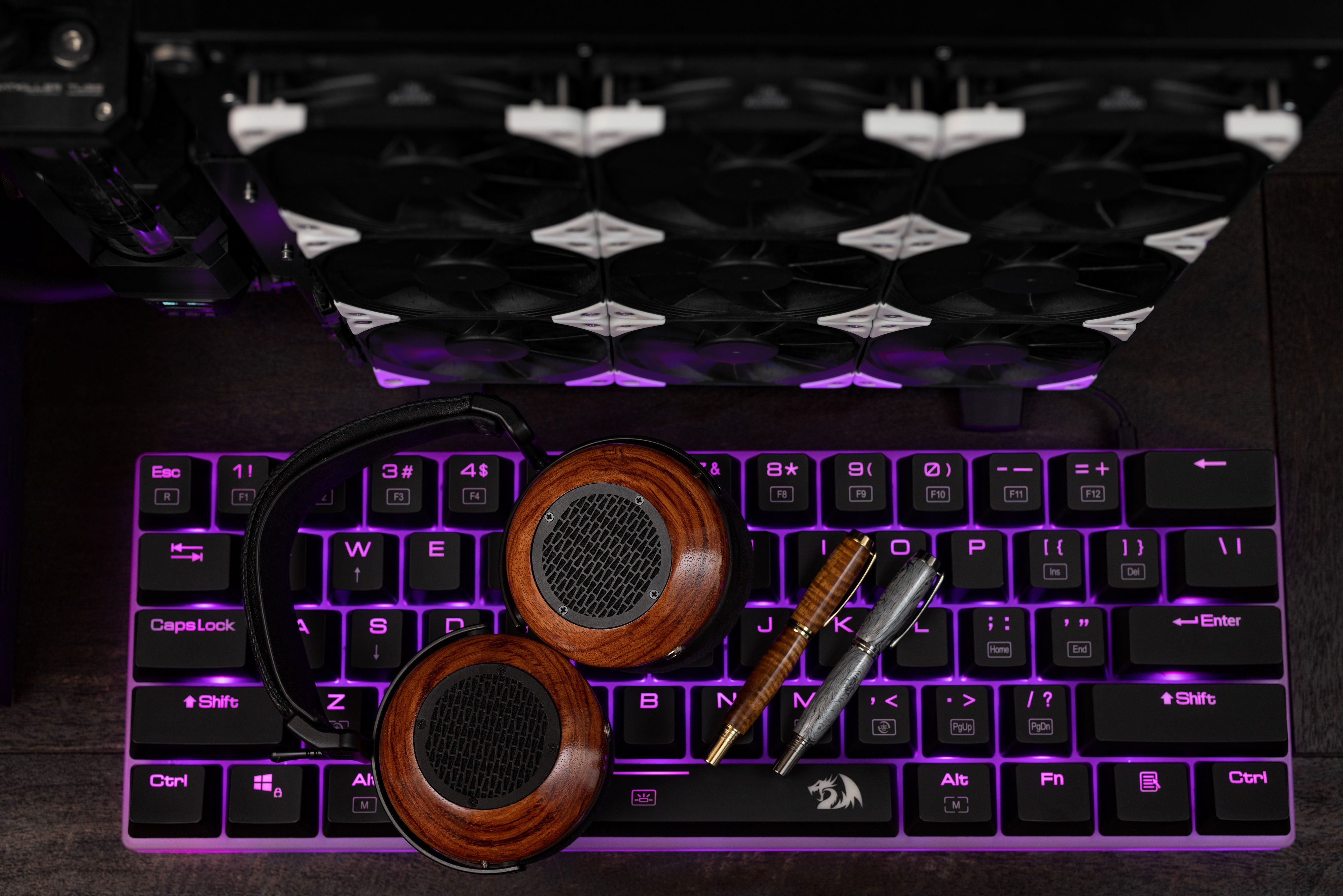 Seriously. I wonder if this started out as a joke, but they forgot and made it anyway. Then I remember I bought one and yeah… there’s certainly a target audience. People who cannot resist memes. As far as typing experience, I’ve developed a decent speed and cadence using the board. It’s violently loud (check the sound demo) and easily bottoms out. The switches aren’t all that heavy. I think box navy switches have them beat there. The only thing that would prevent me from recommending it (unless you were Shaq) even for memes would be the coating on the keycaps. It’s some textured spray-on stuff that wasn’t all that well applied, and a total fingerprint magnet. If you’ve got a Microcenter near you, they have one on display, but it’s probably gross, lol. 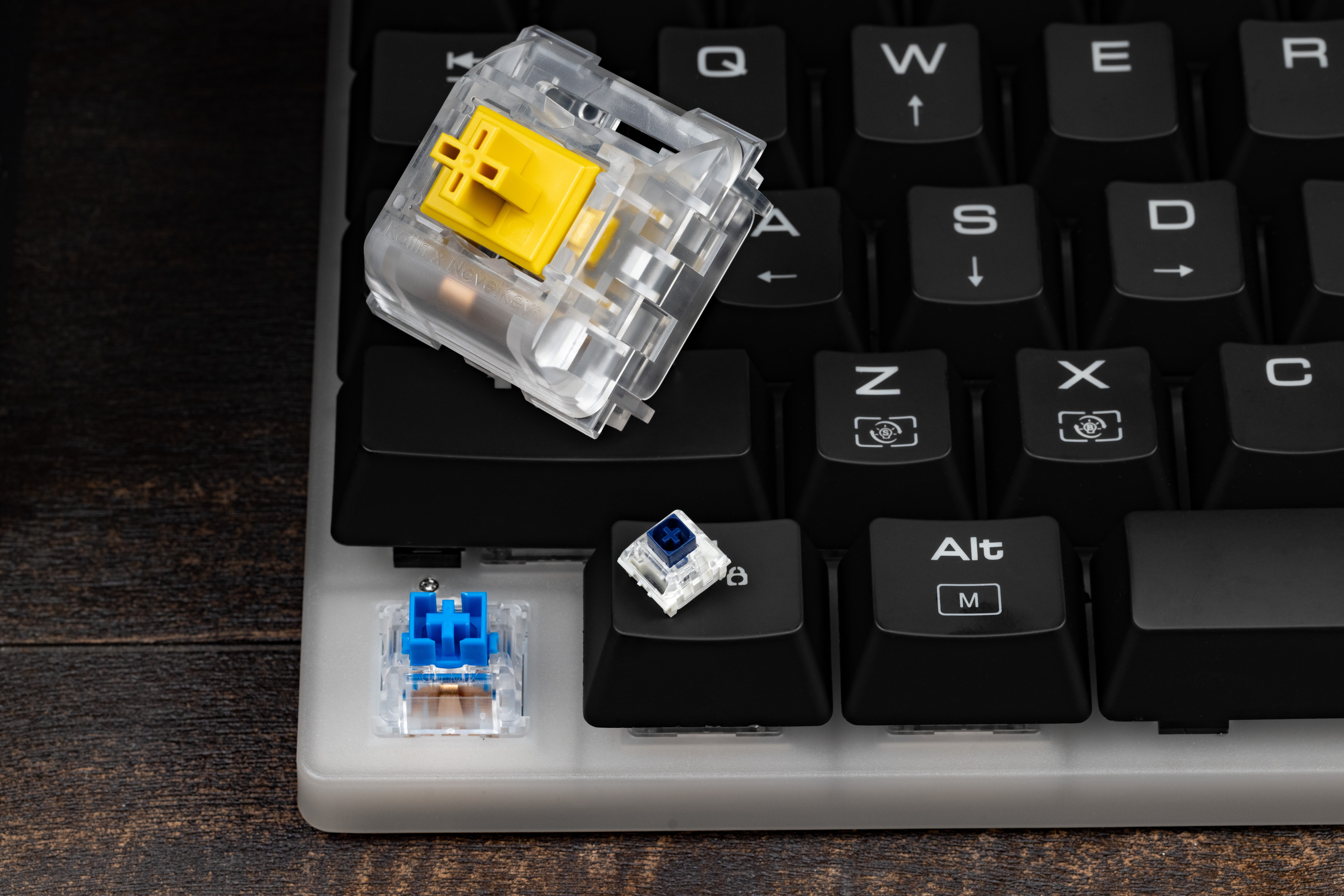