What new games are you playing?

A thread to share new any new games you’re playing. And by new, I don’t mean games that came out recently, but rather games that you recently started playing. Also, since I didn’t really define what I mean by “games”, this could include video games, board games, card games, etc.

For me, I’ve been playing through Moss, which is a 2nd person VR puzzle platformer. I’m around 2.5 hours into the story, and I’ve been loving it so far. The game has a very cinematic feel. One of the best VR games I’ve played by far. Last night I also started playing Jurassic World Evolution, which I picked up for free on Epic a while back. It’s a pretty fun city-building style game that I’ll definitely be sinking some more time into. Brings me back to playing Sim City on my phone when I was younger.

Last month(?), started and finished my first playthrough of Tyranny! 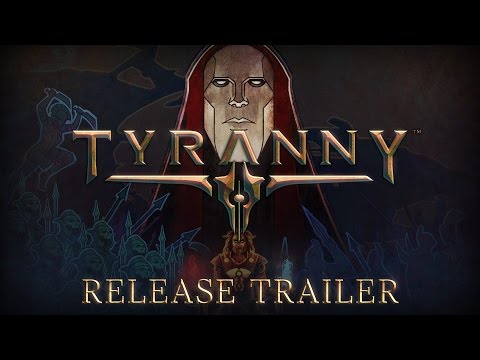 Felt a lil’ nostalgic playing the game, 'cos interface resembled Pillars of Eternity – makes sense, considering that both games are developed by Obsidian Entertainment and published by Paradox Interactive, and both are based off the same game engine.

Gameplay consists of a lot of combat, a lot of adventuring, many conversations (i.e. reading and decision-making), plus a few puzzles here and there. In my opinion:

I liked my playthrough of Tyranny, though it doesn’t quuuiiite make it to my Favorite Games List™.

Currently in the middle of (probably two-thirds of the way through!) my second playthrough of Pillars of Eternity, after a couple’a years! Gotta satisfy dat nostalgia, yanno?

Most recent game I’ve been playing would be BeamNG.Drive, wanted something a bit different from the usual FPS so I decided to pick up a racing/driving simulator game, it’s quite fun and there are a ton of things to do in it, it was and still is very hard to drive a car for me, whether that was on a controller or a keyboard, just not very used to driving games.

Most recent game I’ve been playing would be BeamNG.Drive, wanted something a bit different from the usual FPS so I decided to pick up a racing/driving simulator game, it’s quite fun and there are a ton of things to do in it, it was and still is very hard to drive a car for me, whether that was on a controller or a keyboard, just not very used to driving games.

I picked up BeamNG back around Christmas myself. I’d played it at a friend’s house and it seemed fun. After buying it for myself, I played it for about an hour, and haven’t touched it since… It’s a fun game, but I just find it hard to find things to do in simulator games where there’s no clear objective for me to complete. Maybe that means I’m just not good at making my own fun? I’ve been meaning to give the game another try for a while now, but I just haven’t gotten around to it.

But yeah, BeamNG’s physics are definitely very punishing, even if you’re really used to playing driving/racing games. I struggle to drive very far without crashing myself, and racing games are one of my favorite genres.

It’s a fun game, but I just find it hard to find things to do in simulator games where there’s no clear objective for me to complete.

I think this is the exact reason why I really like it, I find it relaxing to play a game in which I have no objective or clear goal to do whenever I have some free time, but I very much see why that might not be appealing to others.

Played that with a friend a little while back. It’s definitely fun, but something you have to sink a lot of time into if you want to be at all good at it… Wish I had the time to play it though because it was very interesting.

Yeah, I am just starting and its well cool and intreasting.
I love the player base is so not toxic but fun and actual team mates

Yeah, it’s always the smaller, less popular FPS games that have good player bases. Like on Titanfall 2 everyone’s always really nice and there’s a lot of conversation between teams and whatnot.

Finally got around to playing Persona 5, makes me hope for an eventual 5 Royal release on Steam/PC 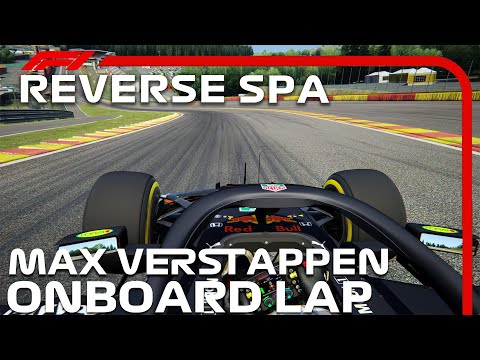 the biggest leap of faith

Overall I’m quite happy with the game. It temporarely satisfied my hunger for driving F1 cars when I don’t have a strong enough computer and suitable gear to play the full fat version.

I recently got into playing Final Fantasy 14 or FFXIV.

I’ve long been skeptical of MMOs and been hesitant to try one but I have several friends who recommended it and so I decided to give it a go.

The first portion of the game of free (to get you hooked) and in my first week of playing i experienced about 130 hours of nonstop content. That is just the intro though. This game is seriously huge and despite being older is still getting new content.

The game looks a little crunchy at first but I didn’t even notice until I saw late game content that was very obviously more refined. Despite the first portion of the game looking worse than the rest of the game it is still really solid.

The story is what really makes the game great. I started moderately interested and it soon hooked me on the incredible story and characters, I really can’t say enough for things about the plot. It somehow gets better and better the further you play into it and it already started from a good place.

Also customization is unreal. You want clothes? There are hundreds of thousands of outfits and items to choose from. A ton of classes and races. Even things like the HUD are super, SUPER customizable.

Favorite game in a long time 11/10
Currently about 160 hours in and I’m probably 15% of the way through the main story, nevermind the optional quests.

Are you playing the base game or with a bunch of the DLC/expansion packs?
I’ve been meaning to give it a proper go outside of the demo or whatever I had played in the past, but if it means I need to cash in on those fairly early on, I’ll probably pass.

Right now I just finished the “base” game. The DLC isn’t so much what we would normally think of for DLC and it is really just more story. The game is broken into four or five parts with each part adding 100+ additional hours of story content as well as new locations and items and all that. The free part of the game is the base game plus the first expansion which is super huge and would be a great way to see if you like it before you buy more.

Thanks, just what I wanted to know! Might get around to playing again after Persona is finished then

It is really good and it only gets better the further you go because the devs got more money and talent over time. That is not to say it starts bad by any means though. Like I said 11/10 would recommend and I am someone who typically frequents single player RPGs. MMOs are not really my jam until this one.

I recently picked up Senran Kagura Burst Re:Newal and Senran Kagura Peach Beach Splash on Steam, I wanted to play a hack and slash game, and I recalled playing Senran Kagura Estival Versus on my PlayStation 4 a few years back, so I thought it would have been great, especially given how into anime I have been lately.

I already owned Peach Beach Splash, but it has a very niche style of hack and slash in that it adopts mostly ranged attacks. So I picked up Re:Newal as my next outlet into the Senran Kagura universe.

The game is as ecchi as I remember all Senran Kagura media being.

It’s time for me to shame myself here: I just played portal for the first time yesterday.

I was expecting the source engine to have aged pretty poorly, and in a few ways (especially collision) it definitely has. However, the audio design, visual storytelling, and incredible voiceacting carried it reguardless: 10/10.

If you haven’t played it, or want a casual game to introduce someone to PC gaming with, I absolutely recommend giving it a shot.
(Plus the final credits song is, and will always be, incredible. [sort of spoilers, but link: https://youtu.be/Y6ljFaKRTrI ])